During the third ODI of the five-match ODI series between the hosts New Zealand and the visitors India at Bay Oval (Mount Maunganui), the on-field umpires miscounted the number of balls of an over during New Zealand’s innings as the Indian pace-bowling all-rounder Hardik Pandya delivered seven legal balls in an over.

It is the important ODI for the New Zealand team who are 2-0 behind in this series prior to this ODI and they can’t afford another defeat in this series. During the hosts’ innings, who decided to bat first after winning the toss, the on-field umpires miscounted the number of balls in the 29th over that was bowled by Hardik Pandya.

Also read: Twitterati Erupts As Hardik Come In For 3rd ODI And Dhoni Goes Out

Pandya, who just made comeback in international cricket through this game, bowled seven legal deliveries in that over. The on-field umpires failed to recognize that extra-legal delivery as it was counted in that innings.

Here is the brief detail of that miscounted 29th over

28.6 – Hardik Pandya to Ross Taylor – 1lb; India reviewed on an lbw appeal but it was the umpires call and stayed with the not out decision

Coming to the game, New Zealand was bowled out for 243 runs in 49 overs. While the experienced batsman Ross Taylor scored 93 runs off 106 balls (9 fours), the wicketkeeper-batsman Tom Latham scored 51 off 64 balls (only four and only six). Apart from them, the skipper Kane Williamson (28) was the only other batsman in that innings to reach the 20-run mark. 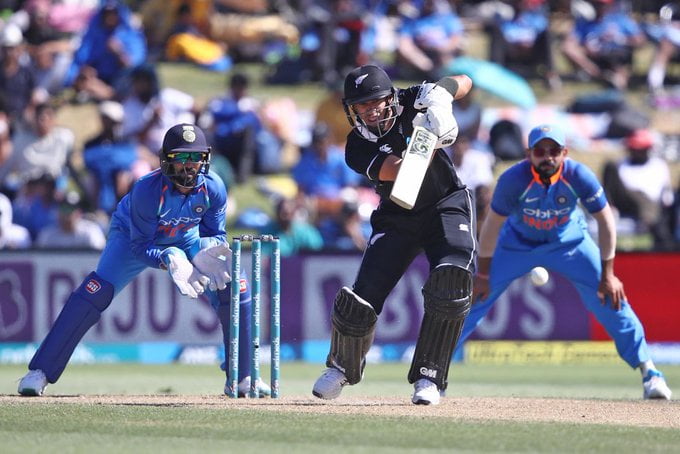 Among the Indian bowlers, the Indian pacer Bhuvneshwar Kumar (2/46), all-rounder Hardik Pandya (2/45) and the leg-spinner Yuzvendra Chahal (2/51) picked up two wickets each while another pacer Mohammed Shami (3/41) got three wickets.