Videos
Krunal Pandya Breaks Down While Dedicating His Fifty To His Late Father
By CricShots - Mar 23, 2021 9:16 pm
Views 496

The Indian debutant, Krunal Pandya was seen tonking the English bowlers on ODI debut on Tuesday, and soon after India’s innings, he was also seen struggling to deal with emotions after he dedicated his scintillating knock to his father and it was a moving experience. The all-rounder donned the India jersey for the first time since his father passed away earlier this year in January this year due to a cardiac arrest.

Having played 18 T20Is so far, Krunal got his maiden ODI cap from his brother Hardik before the start of the game. At that time too, he had become emotional and was seen crying, but controlled his emotions was quick as he starred with the bat on his debut. The southpaw played an unbeaten 58 off just 31 deliveries to guide India to a big total of 317 for 5.

ALSO READ: Umpires Had To Replace The Ball In The Third Over Of The Pune ODI

Krunal Pandya had walked into bat at No. 7 when the hosts were reeling at 205/5 in the 41st over of the game. Team India had lost Shikhar Dhawan (98) and Hardik Pandya (1) in quick succession in the 39th and 41st over respectively and they were in desperate need of late impetus. And that’s exactly what the Mumbai Indians all-rounder provided along with KL Rahul, who was going through a rough patch during the recently-concluded five-match T20I series.

Here is a clip of Krunal Pandya’s interview:

This is all heart 💙🫂

Pandya looked in complete control from the word go as he added 112 runs from just 57 balls with Rahul. Soon after India’s innings ended, he was invited by the commentators for an interview. However, he could not speak much as he was unable to hold back his emotions and failed to s. An emotional Krunal dedicated his knock to his father and was just too emotional to speak to the broadcasters.

In the end, the commentator had to cancel the interview and Krunal Pandya was not in a situation to say anything. It was followed by another heartwarming incident as Hardik was waiting for him to give him a hug.

#KrunalPandya
Unbelievable
Fastest international 50 on debut 👏
And so emotional he could not conduct the interview as he dedicated it to his father… something that truly resonates with me
Bless him #INDvENG pic.twitter.com/kAQAo2Xcb1 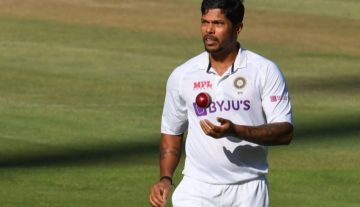