The Indian chinaman, Kuldeep Yadav went on to acknowledge that he misses MS Dhoni and that he wants to see the World Cup-winning captain return to the national squad. Kuldeep Yadav, who made his debut in 2017, said  Dhoni’s advice has helped him quite a lot in his nascent career.

Along with his wrist-spin partner Yuzvendra Chahal, Kuldeep has often spoken about Dhoni’s guidance from behind the stumps in helping them outfox opposition batsmen. However, that guidance has not been there for the Indian wrist-spin duo since the 2019 World Cup as Dhoni hasn’t featured in any competitive match since India’s loss to New Zealand in the semi-final.

Talking about the same during a chat with Times of India, Kuldeep said, “We all are missing Mahi bhai. I am a big fan of Mahi bhai. I really want him to come back into the team soon and play. Personally, I really feel he should play for India again.”

Stressing that Dhoni doesn’t believe in giving advice before and after the game, Kuldeep Yadav said he has been lucky to play under the likes of Dhoni, Virat Kohli, and Rohit Sharma.

Yadav elaborated, “Whenever we stepped onto the field, Mahi bhai would come up with some instant advice. He is someone who doesn’t believe giving advice ahead of and after the game. He will analyze things and come up with instant advice on the field. That’s what Virat bhai does as well. Rohit bhai also guided me a lot on many occasions. I am really grateful that I am playing under seniors like Virat, Dhoni, and Rohit.”

In a recent video posted by a fan page, Dhoni can be seen driving a tractor and plowing the field in his farmhouse. As seen in earlier videos, it seems like the former Indian skipper has been learning organic farming to make most of his time away from the cricketing field. 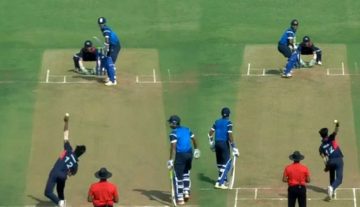