Former IPL chairman Lalit Modi has been going through a medical observation after a double COVID-19 infection, deep pneumonia and an influenza attack and is placed on external oxygen support. On 13th January, Lalit took to his Instagram handle and dropped a series of pictures in which he was seen resting on a hospital bed.

In one of his posts, Lalit Modi stated that he traveled to London in an air ambulance and was extremely thankful to the doctors for taking care of him.

One of his post regarding the same read: “Finally landed via air ambulance accompanied by two doctors and superstar super efficient son who did so much for me back in London. The flight was smooth. Unfortunately still on 24/7 external oxygen. Thank u to all at @vistajet for going the extra mile. I am extremely grateful to all. Love to all. Big hug”.

ALSO READ: BCCI No Clarity Over Exclusions Of Virat And Rohit From The T20Is

Lalit Modi left India back in 2010 amid accusations on his regarding tax evasion, money laundering, and proxy ownership and is currently based in London for the last few years. The BCCI suspended him on charges of financial irregularity and then in 2013, he recovers a lifetime ban by the cricket governing body. Lalit has often been credited for being the brainchild behind the cash-rich IPL.

He had earlier made headlines for his rumored relationship with former Miss Universe Sushmita Sen. On July 17, 2022, Lalit posted pictures of him alongside Sushmita and it garnered a lot of attention on social media. There were rumors of the two getting married but the same has not happened thus far. 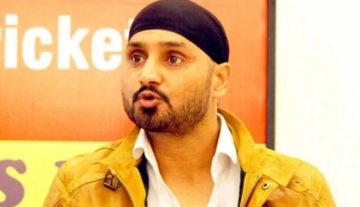