The COVID-19 virus outbreak has brought the world to a standstill with many countries being completely lockdown for safety and to contain the spread of the virus. Many major sporting events have either been postponed or canceled in the wake of the coronavirus pandemic affecting the globe. Cricket has also suffered a similar fate with all international and domestic matches canceled. Scheduled to begin on March 29, the 13th edition of Indian’s premier cricketing event the IPL has also been postponed indefinitely due to the pandemic.  With IPL postponed, a panel of experts got came together and decide to choose the greatest IPL bowler. The panel of experts named Mumbai Indians veteran Lasith Malinga as their choice for the same.

In 122 IPL matches so far, Malinga has taken 170 wickets. He averages 19.80 including six four-wicket hauls and one fifer. Malinga has 546 international wickets to his name including twice taking four wickets in as many deliveries.

Former England captain Kevin Pietersen explained his decision to choose the Sri Lankan pacer. Pietersen said Malinga’s ability to consistently deliver yorkers works for him. He also says that the numbers he has racked up over the years speak for itself.

“I’m going with Lasith. You look at the numbers he has served up and the way he has consistently used that yorker, that makes everyone talk about it,” Pietersen said.

He added, “I would go with  Narine, but he has bowled on wickets which helped turn. Also, he has been questioned on a few occasions for this suspect bowling action, so I am afraid to say that I am going with Malinga.”

Bhuvneshwar Kumar, Ashish Nehra, Jasprit Bumrah are the Indian pacers who were discussed. The Indian spin trio of Yuzvendra Chahal,  Ravichandran Ashwin, and Amit Mishra also made it to the list. Sunil Narine, Imran Tahir, and Dale Steyn are the other 3 bowlers whose name came up during the discussion. 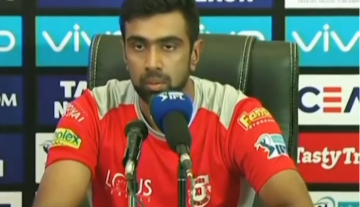