During the first ODI of Australia’s tour of India in 2001 at Bengaluru, Vijay Dahiya scored his maiden ODI century. Sourav Ganguly, the then Indian captain, had won the toss and chose to bat.

During the Australian chase, Matthew Hayden played a lone hand of 99 (90), including seven fours and a six. Michael Bevan (49) was the second-highest scorer for Australia as they got bundled out on 255-10 in 43.3 overs. With bowling figures of 7.3-0-49-3, Javagal Srinath was the pick of the Indian bowlers.

Watch the video of Dahiya’s innings: 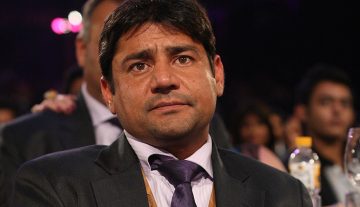