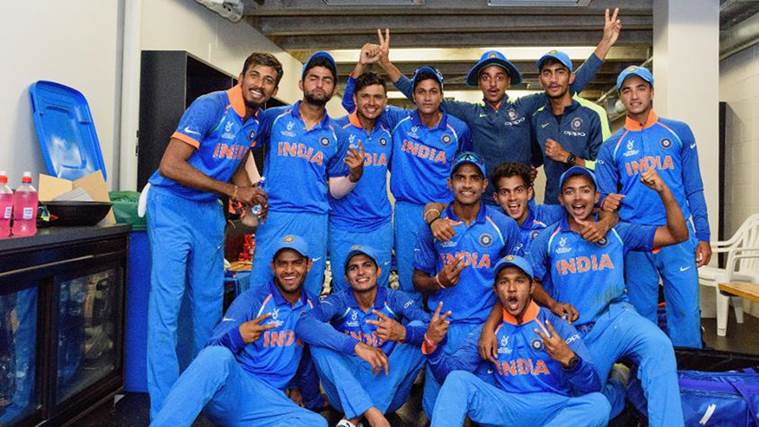 Whether it was maverick Virender Sehwag or a brash Virat Kohli — everyone had a story to tell about the kind of treatment they got from DDCA at least once during their junior or senior days.

And latest star in the making Manjot’s case is also no different as he had to fight multiple allegations of age-fraud before he shone brightest at the world stage — a hundred in the U-19 World Cup final against Australia emulating Unmukt Chand’s feat in the 2012 edition.

“He came to me six years back at the Bharat Nagar Cricket Academy (home of famous LB Shastri Club). He had the talent and also great hand-eye coordination. He has been a prolific scorer at the age-group level and his performance doesn’t surprise me at all,” his childhood coach Sanjay Bhardwaj told PTI today.

Popularly known as ‘Guruji’ in Delhi cricket circle, Bhardwaj has been a childhood coach Gambhir and Unmukt apart from IPL sensation Nitish Rana. He has a word of caution for Manjot.

“One shouldn’t let this initial success get into his head. There is a lot of room for improvement in his batting. Obviously, he will have to work hard on his footwork. But above everything else, he will have to score 1000 runs in Ranji Trophy,” said Bhardwaj.

Manjot is a son of Parveen Kalra, who is a fruits wholesaler. A few months back his son’s career seems to have hit a roadblock as a few parents complained to DDCA administrator Justice (Retd) Vijkramajit Sen that Manjot’s age is fudged.

In fact, a faction in DDCA had filed an FIR against a number of junior cricketers a couple of years back with Manjot’s name figuring in that list.

The BCCI by then had done his age-verification tests, which he had passed but to be a part of Delhi’s U-19 squad, his medical reports were once again sought. This, at a time when he was already a part of India U-19 probables.

“We had a tough time with false police complaints being filed. But truth prevailed as we always knew where Manjot stood. His father and brother Hitesh had made a lot of sacrifices and are behind Manjot’s success,” Manjot’s cousin Chetan Kalra recollected days of hardship.