England fast bowler Mark Wood will not take part in IPL 2022 for Lucknow Super Giants after sustaining a right elbow injury during the first Test against West Indies in North Sound last week. As per ESPNcricinfo, a medical update Super Giants have received from the ECB, they got to know that Wood has been ruled out of bowling for the time being. The franchise has not yet named a replacement.

Howveer, Mark Wood had been picked by Super Giants for INR 7.5 crore (USD 1 million approx.) at the mega IPL auction last month. Wood’s participation in the IPL has become uncertain when he had walked out of the drawn first Test last week after bowling only 17 overs because of an impingement in his right elbow. Wood, who could only manage to bowl five overs on the third morning before leaving the field, had taken a fitness test also – bowling six deliveries in the nets – before the start of play on the fifth day, but he had suffered “acute pain” as well.

And, an elaborate review of his injury is likely to come from the ECB later on Friday. For Super Giants, the loss of Mark Wood is bound to Affect their plans, given the limited overseas options available in their squad.

West Indies allrounder Jason Holder and Sri Lanka quick Dushmanta Chameera are the two other overseas pace bowlers in the team, but Holder will miss the start of their campaign due to West Indies’ Test series against England which is scheduled to finish only on March 28 – the day of Super Giants’ first match will take place against another debutant Gujarat Titans. However, it will be interesting to see which plan the franchise will take now. 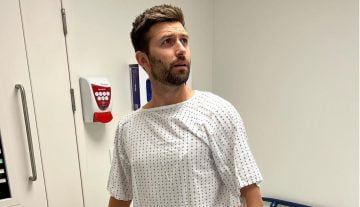