The South African talisman returned with a change in the color of their jersey. They finally got to taste their first ODI victory in year 2018, which came during the traditional Pink One-Day International at the Wanderers. Aiden Markram was a relived captain after pulling off the heist in Johannesburg, which also marked his first win being the leader of the side. 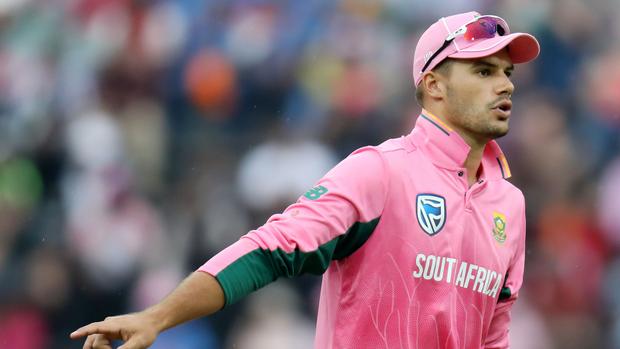 South Africa was helped by two lightning breaks during the fourth ODI game and they chased the target down in rain-curtailed match. Heinrich Klaasen and David Miller shone with the bat and sent Indian wrist spinners for cleaners.

Markram also feels that these breaks helped their team both times. First, India was looking all set to post a mammoth target of 320 to 330 but this break hampered Shikhar Dhawan’s concentration and India only managed 289 on the board. Afterwards, the bad weather halted the match when SA got off to a good start. DLS method left Proteas team to chase 202 runs in 28 over, which was not that tough task as they had hitters like Miller and Morris apart from magician AB de Villiers.

Addressing the media, Markram said “Just relieved to have got over the line today. To put some pressure on the Indians is a good feeling and to win is even better. The break out there was a blessing in disguise to break up their momentum. To restrict them to 290 was a great job from our bowlers. The message before today was not to put pressure on ourselves and it is nice to see boys have bought into the plan.”

Meanwhile, he is happy with the return of De Villiers in his side and quoted “It is good to have some experience in our middle-order with AB coming back. We need to keep fighting our way; we aren’t at our best yet and need to keep improving. Would love to take pink into our big tournaments as well (laughs).”

The fifth game will be played in Port Elizabeth on Tuesday, where India will be eyeing to seal the deal.