So far in the Indian Premier League (IPL) 2020, Chennai Super Kings have played three matches but have won only one game which was the opener between them and Mumbai Indians (MI) on September 19. Under the captaincy of MS DhoniChennai has suffered losses back-to-back games to Delhi Capitals (DC) and Rajasthan Royals (RR) so far.

MS Dhoni, however, is one of the most popular and loved characters in Indian cricket and even celebrity chefs want to cook for him. This time was MasterChef 2020’s Top 10 contestant Priyanka Biswas who said in an interview that she would love to cook for the CSK skipper.

Former England cricketer Kevin Pietersen slammed CSK skipper MS Dhoni’s excuse of ‘experimentation’ after his team suffered a loss their fixture against Rajasthan Royals (RR), by a narrow margin of 10 runs, on September 22.

Pietersen had said, “You have to at least give yourself the opportunity to win the game. When you see how close they went, Du Plessis started to go, then MS Dhoni started hitting at the end, and then they lost by only 16 runs. So we were talking about a 4 or 5-over period when they were just knocking it around, knocking it around and running silly singles. If you need 20 in the last over, you can win this game.

He further added, “It’s not about experiments, saying ‘oh it’s early on in the tournament’. Let me tell you, T20 cricket can bite you very, very quickly. You can end up losing five games on the go very quickly and then you can end up thinking ‘oh my goodness, are we actually going to get into the finals?’. I am not buying into this nonsense.”‘

Meanwhile, batting great Sunil Gavaskar had also criticized Dhoni’s approach, saying it was difficult to understand why Dhoni walked in at No. 7 when chasing a gigantic total.

Gavaskar had said, “We can’t surmise that in the previous, he sent in Sam Curran ahead of him and Curran got 18 off 6 deliveries. Curran did well again, he hit a couple of sixes. And then I thought he might come in after that instead of sending young Ruturaj Gaikwad because when the opposition has got 216 means he has to start playing his shots from the word go.” 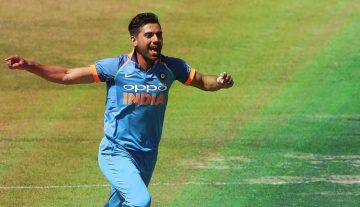