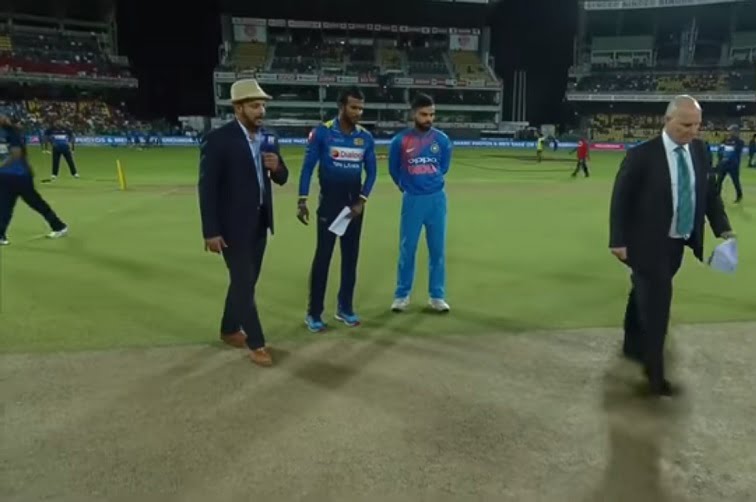 The one-off T20I between Sri Lanka and India one-off was once again a pretty one-sided game but the toss was pretty tricky.

Former Indian spinner Murali Karthik conducted the toss with Upul Tharanga and Virat Kohli, the two skippers by his side along with the Match Referee Andy Pycroft. The host skipper spun the coin, Virat called heads.

The Match Referee said it was ‘tails’ and that India has won the toss. Karthik only heard India and thought that it was heads and asked Virat what he wanted to do. Pycroft attempted to interfere but the camera moved on to Virat and Karthik who were discussing how the game would roll out thereafter.

Now there can be multiple interpretations of the said incident: one the Match Referee made a huge blunder, he read tails there and declared that the Indian captain had won the toss. If it was a mistake on his part to say tails while the face on top of the coin indicated heads then that is just a minor error which didn’t really have an impact on the match as the right call was conveyed anyway. An uncertain topic now is that if Sri Lanka had won the toss and opted to bowl first it might have been possible that match had ended in their favor.

Here is the video of the huge blunder from the match referee: