Former Australian opener Matthew Hayden reckons that current Indian squad might need the services of Ricky Ponting to improve their fielding department. He feels that Ponting could be a good slip fielding coach for the Indian cricket team. During the most recent Test series against Sri Lanka, India’s fielding woes cost a game for India.

During the Delhi Test, the Indian slip cordon was seen dropping dollies. It is because of this reason that Hayden feels Ricky Ponting could be the solution to the India’s concerns. As per the quotes in the Mid Day, he said, “The cricket world hasn’t thought about a slip fielding coach, but if they need one, then it has to be Ricky Ponting. He was outstanding. One should not change fielders from their allotted positions. If Mr X stands regularly in the first a particular area, he should be allowed to remain there only because in the process he will feel comfortable to stand in the same spot.”

He further added, “Ultimately, he will do personal adjustments to his fielding when he gets the opportunity to stand in the same position again.”

During his playing days, Ponting was one of the finest fielders. He was athletic and agile whilst on the field. Hence, having him as a slip fielding coach does not really sound like a far cry in world cricket. 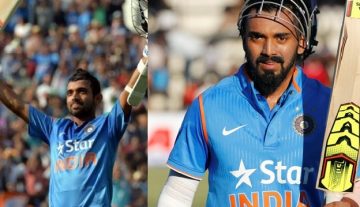 Article
By CricShots - Sep 16, 2017
Virat Kohli Spilled The Beans For the Opening Slot