Former Australian opening batsman Matthew Hayden feels that the present Indian team is the most complete Indian side to have ever toured in Australia and believes India should win the ongoing Test series in Australia.

Hayden has felt enough positivity inside the present Indian squad. Apart from the entire bowling unit, Hayden feels the Indian batting has incredible depth and the young wicketkeeper Rishabh Pant is a good find for Test cricket.

Talking about the Indian squad, Hayden told Mumbai Mirror in an interview, “I think it is. I think it is the most complete Indian team to have ever toured (Australia). India have incredible batting depth, it is very confident in the spin bowling department, it is good in fast bowling too. The young wicketkeeper (Rishabh Pant) is a real breath of fresh air, he will be very good find for Test cricket. The fast bowling unit speaks for itself. Bhuvneshwar Kumar is not even playing in the XI.”

Currently, the four-match Test series between the hosts Australia and the visitors India is standing at the 1-1 margin with two Tests to go. Hayden feels that India should clinch the Test series as they have a balanced side.

Hayden added, “I think India should clinch the series. Why? Because, they have a balanced side, an extremely settled bowling unit, and depth in spin. It is hard to win away from home and this will prove to be no different. But India should win, they really are the favourites, they need good partnerships, which they have not had.”

Hayden said, “Virat Kohli, I think, is more Australian than Indian in many ways. He has been playing this way. He plays the game in a very competitive spirit. He is very animated, very passionate, and he is very emotional. I think a lot of Australians at all levels of sport play the game like that. They are also very competitive, they enjoy the heat of the battle. As long as there is a line and I don’t think Virat has crossed that. No match referee or conjectures off the field. So everything has remained on the field.”

Though Hayden praised the Indian batting line-up, the opening batsmen Murali Vijay and KL Rahul are struggling with the bat in this tour. Both the openers Murali Vijay and KL Rahul have hugely disappointed with their batting performances in this series. At the end of the first two Tests of the series, the openers have just scored 97 runs in overall with the average of just 12.12.  While Rahul has scored 48 runs in this series (average 12), Vijay has scored just one run more of him (49 runs with the average of 12.25).

However, Hayden feels that they shouldn’t deserve a lot of criticism due to their present forms. The former Australian opener has a very positive feeling on both the Indian openers.

He said, “Well I think Murali (Vijay) got some very good deliveries, I don’t have a lot of criticism against him at this stage. He got a few good balls, he will be fine going forward I think. KL Rahul looked confident but he did not get runs but that can be argued.” 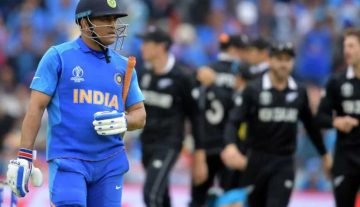