Kings XI Punjab (KXIP) batsman Mayank Agarwal was seen swapping roles with the fielding coach Jonty Rhodes during a training session, as visible in a video shared by the franchise’s official Twitter handle. KXIP reacted with surprise as many would have at the sight of Agarwal handing out catches to the fielding coach, who is considered one of the greatest fielders in the history of the game.

Captioning the tweeted, KXIP wrote: “Is that…..is that @mayankcricket coaching @JontyRhodes8?! #SaddaPunjab #Dream11IPL”. The video begins with Agarwal shown holding a bat in one hand, wearing a baseball glove on the other.

In the video, Mayank was heard saying, “Come on youngster, you are better than that,” before handing out a low catch to Rhodes, who completes it confidently before throwing the ball back. Agarwal also gave his inputs to Jonty Rhodes on his foot movement. As in the video, he said, “Come on Jonty. Feet….feet can be better.”

Agarwal is training along with his KXIP teammates ahead of the 13th edition of the Indian Premier League (IPL). IPL 2020 is scheduled to be commencing on September 19, with Chennai Super Kings (CSK) taking on defending champions Mumbai Indians (MI) in the tournament opener.

The Punjab-based franchise is yet to win the tournament in the last 12 seasons of the tournament, with their entry in the final during the 2014 season the closest they have come so far in this pursuit.

KXIP will be playing their opening match against Delhi Capitals (DC) on September 20. During IPL 2019, DC missed out on a berth in the finals after suffering a loss against Chennai Super Kings (CSK) in the playoffs by six wickets. 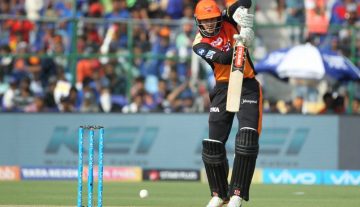