Mayank Agarwal has been excellent in the Indian domestic season 2017-18 and notched up over 2000 runs. Despite getting a run galore, Mayank failed to have a crack in the Indian team for Nidahas Cup, which consists several young players. 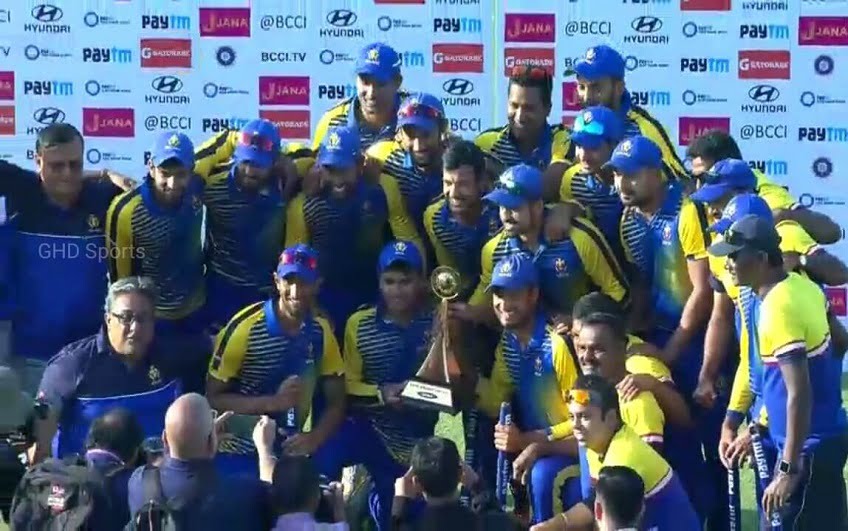 Apart from his 600+ run tally in the Vijay Hazare Trophy, he scored 1,160 runs in the Ranji Trophy including five centuries and two half-centuries. But even after scoring 258 runs and 633 runs (till the semifinal) in Syed Mushtaq Ali T20 tourney and Hazare respectively, Mayank couldn’t catch the national selectors’ eyes for the Nidahas Trophy, a tri-nation T20series, to be held in March.

Talking to Sportstar, he didn’t express his concern after missing the opportunity. “We, as players, don’t differentiate between this tournament and that. The sport is right out there and we need to go and perform. I don’t think it’s fair to say that only a particular tournament motivates you. It isn’t fair to differentiate as we love to play the game. It is better to focus on things that are in your hands. Selection is something that is not in our control,” said the 27-year-old.

Mayank’s strength lies in his appetite for runs. The right-handed batsman doesn’t like to rest on laurels. “There is so much more to achieve. We have a Vijay Hazare trophy final coming up; winning the tournament is very important,” he added.

Mayank’s insane efforts helped Karnataka to lift Vijay Hazare trophy for the third time after beating Saurashtra in the final. Batting first Karnataka scored 253 runs where he scored 90 runs in just 79 balls. Saurashtra fought hard to win the most important game but fell short by 41 runs. Captain Cheteshwar Pujara’s 94 runs went in vain as he couldn’t found an ally in any batsman.