One of India’s finest sports anchor Mayanti Langer seemed to be finding a way to connect to the internet as India and New Zealand were battling it out at the Green Park, Kanpur. In the third and the final match of the ODI series which was the decider of the series winner, Mayanti Langer reached out to Suresh Raina for help.

Suresh Raina has been dropped from the national squad for very long due to his inconsistent form and doubtful fitness.

During the Third ODI between India and New Zealand at Kanpur Mayanti in a Tweet went on to ask for the Wi-Fi password from Suresh Raina as one of the Wifis was of the name of  Raina and Mayanti hoped that he would know it.

Raina plays for Uttar Pradesh in the domestic circuit and this formed the basis of this presumption about Mayanti. Hoping Raina would know about the Wi-Fi password at the Green Park she Tweeted, “Hi ImRaina possible to get the password to your network? #Kanpur #IndvsNZ”

The responses she got on Twitter were entertaining as can be seen and we are sure you would too have a great laugh at them. Here is Mayanti’s tweet and the reactions:

Hi 🙋🏻 @ImRaina possible to get the password to your network? 😃 #Kanpur #IndvNZ pic.twitter.com/z0FUJ31tLp

It's "No short balls please!"

Why don't u ask the ThirdUmpire.. he will give the decision quicker 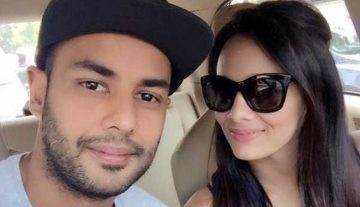