In some of the wildest scenes ever witnessed on a cricket field, when the Bangladesh all-rounder Mehidy Hasan was seen being stretchered off the field after missing a straightforward catch as the ball went on to hit him as he stood watching. The commentators suspected that Mehidy Hasan lost sight of the ball in the background of the crowd, but to those watching, the incident looked pretty funny as he made no effort to catch the ball at gully even as the ball came straight at him.

The incident that happened took place on the second ball of South Africa’s second innings in the Test at Gqeberha. South African opener Sarel Erwee guided the ball to the gully where Mehidy Hasan stood stationary and he wasn’t even watching the ball as though it was headed in some other direction.

The replays in slow motion showed Mehidy standing watching somewhere else as the ball crashed at catchable height straight into his body. Here is the video of the dropped catch by Mehidy Hasan:

The scenes turned ugly as Mehidy Hasan went down instantly, unable to cope with the pain. The all-rounder then had to be stretchered off the field with him clutching his chest. He later received treatment in the dressing room and soon returned to the field and started to bowl too.

The video went viral on social media with the reactions being hilarious. Some called it the worst dropped catch ever as Mehidy Hasan had no clue about the whereabouts of the ball even as the ball was coming straight at him.

The second Test between South Africa and Bangladesh is well in favor of the hosts after they compiled 453 batting first and then bowled Bangladesh out for 217 in the first innings. This incident came in South Africa’s second innings after they chose to not enforce the follow-on and batted for a second time to increase their lead. 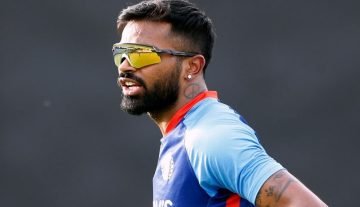