The former English batsman spoke about this during the launch of former Indian captain Sourav Ganguly’s book ‘A century is not enough’ at Lord’s.

Talking about the future of Test cricket in the T20 cricket era, Atherton said, “Like any other industry, cricket has been disrupted. IPL has been a disruptive event, giving players options and opportunities.

“We still sell Test cricket well here in England. The grounds in India may look empty (during Test matches) but we have to bear in mind that those are much larger grounds. The game has always adapted and will continue to do so. I remain optimistic about the future.”

In that event, Sourav Ganguly again raised his voice for the day/night Test cricket, which the Indian cricket team hasn’t played yet.

The former Indian captain is very optimistic on the day/night Test cricket as he said, “It is difficult for working people to spend the whole day away from work at a cricket ground.”

Talking about to protect the Test cricket, Sangakkara gives importance to change the mindset on this format.

Sangakkara said, “There is still great love for Test cricket. But everything evolves and moves on. We will just have to change our mindset.”

The 61-year-old said, “It is very sad that fans do not watch as many Test matches in India. But I still believe there is room for Test cricket.”

Ganguly made his Test debut in 1996 at Lord’s against the Atherton’s leading side England, where the left-handed batsman scored a debutant Test century.

When Ganguly recalled his Test debutant moment, Atherton said, “We could see this was the start of a new generation of Indian players coming through; the start of great middle order.” 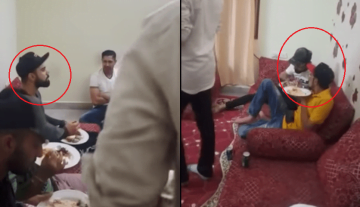