India all-rounder Hardik Pandya has become a trump card for his team. No matter for which team he is playing- India or his Indian Premier League (IPL) franchise Mumbai Indians, he is always on top with his performance. However, earlier this year, he found himself out of the team because of his controversial comment in the chat show called ‘Koffee With Karan’. He had to return home from Australia tour and has not been included for the next series as well. He finally started playing in the IPL for Mumbai and took his side in a new height with his all-round performance. His formidable form will be important for India in the upcoming ICC World Cup.

Hardik Pandya has scored 218 runs in nine games so far which became very crucial as all the runs came while batting lower down the order with a strike rate of 194 plus. This strike rate is so far the highest in all the seasons he has played in IPL. However, Michael Vaughan, the former England captain, has impressed with Hardik Pandya’s batting. He also praised Hardik’s all-rounder ability. He said Hardik has a “270-degree hitting range,” while talking to Harsha Bhogle on Cricbuzz Live. Along with them, former India cricketer Ajay Jadeja was also there.

Hardik Pandya has been in a great form where he scored two unbeaten 37 against Royal Challengers Bangalore (RCB) off 16 and 14 balls, respectively. He amassed 11-ball 28* against Rajasthan Royals, unbeaten 23 off 8 against Chennai Super Kings and 31 off 19 against Kings XI Punjab. Hardik even scored 32 off 15 balls on Thursday for a winning cause for his team and helped his team to put up 168 for 5 after 20 0vers.

Hardik Pandya will surely try to carry his blitzy form in the upcoming World Cup which is scheduled to start from May 30 in England. 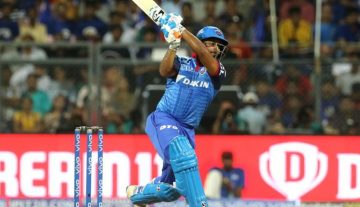