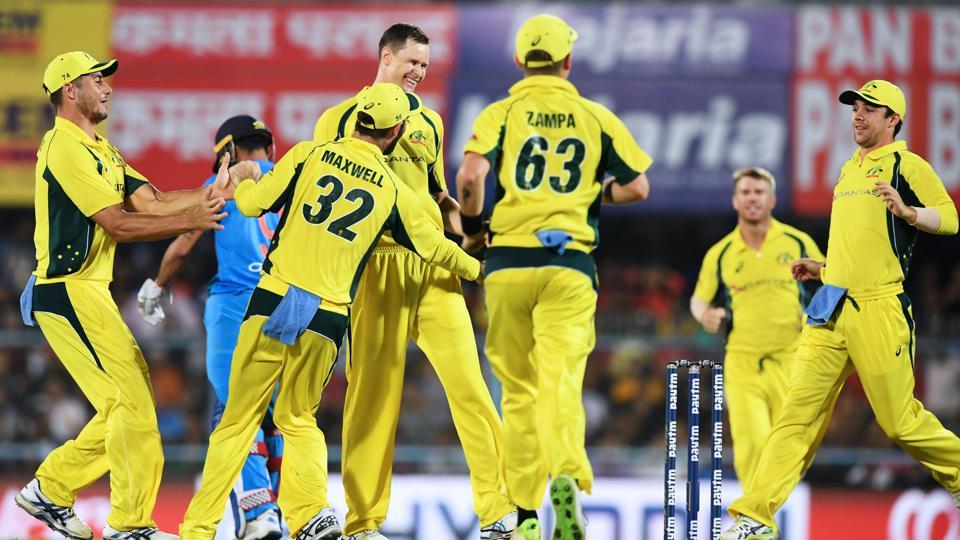 India was very keen to seal the series by winning the second T20I in Guwahati. They were fielding with an unchanged eleven while Australia asked Marcus Stoinis to replace Daniel Christian in the team. David Warner called the right side of the coin and invited Indian batsmen to bat on a wet and alien track.

Against all odds, Australia came with all guns blazing in the match in Guwahati’s Barasapara Stadium. Jason Behrendroff’s fire bolts reduced India to 27/4 in just 4.3 overs, where all top four batsmen were back in the hut. Kedar Jadhav and Hardik Pandya tried their best to pull a miracle but Aussies were good on this particular day as leggie Adam Zampa also troubled Indian batters for space.

This was the first instance when Australian bowlers bowl on their strength. Every bowler put their sleeves up and outclassed Indians. The final score India managed was 118 for 10.

Australia has a tricky small chase in front of them.