In their first home match at the MCA Stadium, Pune in this IPL 2018 season, CSK raised a mammoth total of 204/5 batting first against the Rajasthan Royals team. Interestingly, it was former Rajasthan Royals player Shane Watson who did the most damage with his scintillating knock of 106 runs from 57 balls. Royals need to chase 205 to break the trend of batting first teams winning.

The start from Chennai tonight was explosive. Shane Watson and Ambati Rayudu started in a blistering fashion and punished the newly-included RR all-rounder Stuart Binny. Earlier, Ajinkya Rahane won the toss and decided to filed first following the recent trend. There was a brace of changes for both the teams.

RR finally decided to include Heinrich Klaasen in place of D’Arcy Short while they also kept Dhawal Kulkarni out replacing him Stuart Binny. CSK meanwhile brought in fit Suresh Raina in place of Murali Vijay and brought in Karn Sharma in place of Harbhajan Singh.

The start itself was explosive as CSK began with 14 runs over. In the last over of the powerplay, Raina and Watson hammered 16 runs to take the total of CSK to 69/1 by the end of six overs. Suresh Raina, who was returning after missing the last match against KXIP, made a tremendous impact with his 46 runs from 29 balls.

When Raina and Watson were going all guns, the total of CSK looked like going well past 220 runs. When Raina got out, CSK was standing at 131/2 in 12 overs. The momentum could not be recovered by the following batsmen. Yet Shane Watson kept the fight. He reached his 4th T20 century in the last over of the match, ensuring CSK cross 200 runs mark.

Shreyas Gopal was the pick of the bowlers with his spell of 3/20 in four overs. Binny was worse-hit with 33 runs off his two overs. 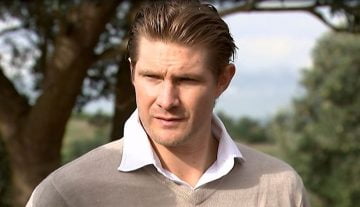