Despite being 4-1 up in the series, Team India was in no mood to lose their grip on South Africa, who hasn’t been recovered from the series loss wounds. Virat Kohli stated after Port Elizabeth One-Day that India can temper with the playing XI in order to have a look at the bench strength, but Bhuvneshwar Kumar was the lone change in the team. Mumbai pacer Shardul Thakur got a game to play after warming the bench for a long time. 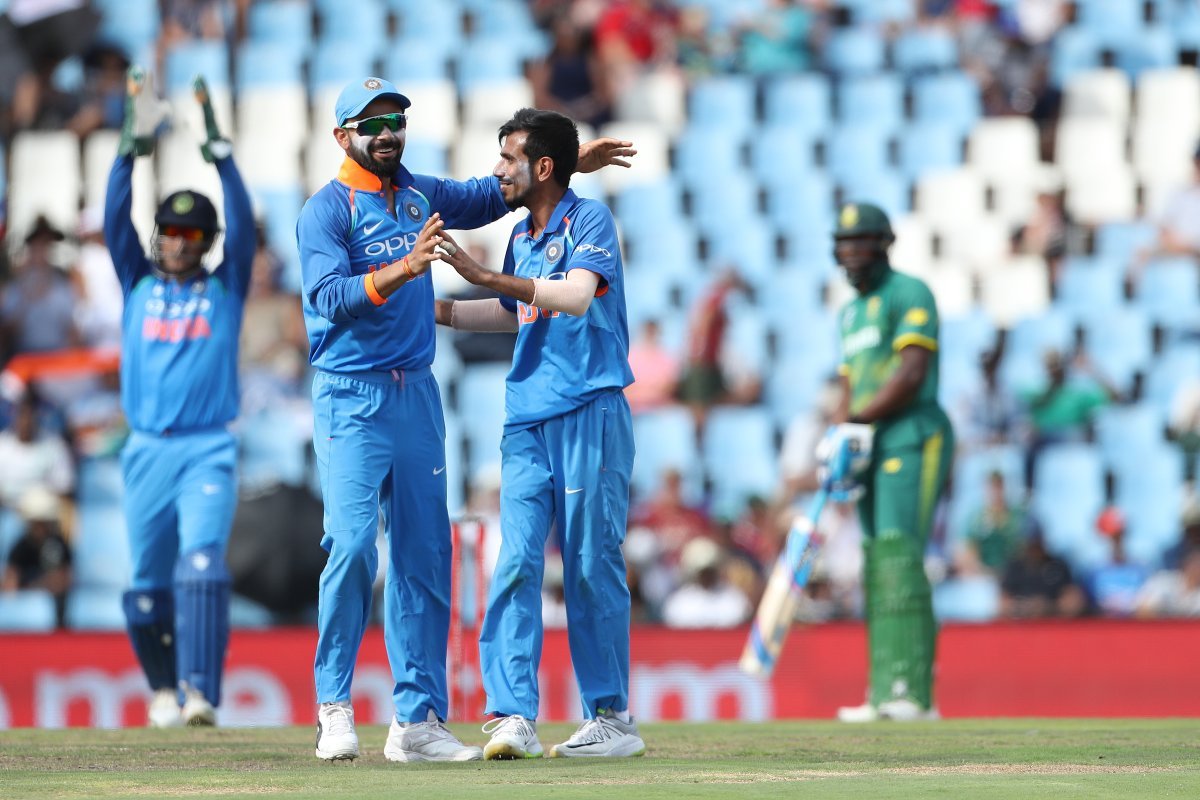 On the other hand, South Africa made numerous changes to puzzle out the mystery of Indian spinners. Khaya Zondo, Chriss Morris, Imran Tahir and Farhaan Behardien came back in the XI and Kohli opted to bowl first after winning the toss.

However, the hosts followed their own footprints in this game as well and scrambled to a modest total. Captain Aiden Markram always looks solid to throw yet another start away to Shardul Thakur, who already had Hashim Amla’s wicket in his tally. Though, AB de Villiers was unmoved by Indian spinners and looked solid during his stay. Just when it looked De Villiers is ready to take the game away from the Indians, Yuzvendra Chahal’s variations undone him.

Khaya Zondo is the top-scorer for South Africa with his maiden One-Day International half-century. Andile Phehlukwayo (34) and Morne Morkel (20) played handy knocks down the order to take South Africa to 204 after being 7 down to 151.

Thakur was the star performer with his maiden four-for in the ODIs. Rest of the bowling line-up was impressive as well and kept their line and lengths tight. Jasprit Bumrah leaked just 24 runs at an economy of 3 and took two crucial wickets.

Meanwhile, the spin-twin of Chahal and Kuldeep Yadav shared 3 wickets between them, where latter managed just one.

India needs to chase 205 down to win the series by 5-1 and end the series on a high. All eyes will be glued on India’s top-three, who contributed heavily in this series win.