Article
Mike Gatting is optimistic about cricket’s inclusion in future Olympics
By Sandy - Aug 14, 2018 3:23 am
Views 124

In a recent ICC survey reveals that 87% of fans want to see the T20 cricket in the Olympics. While the International Cricket Council (ICC) is widely interested to implement that in near future, the Board of Control for Cricket in India’s (BCCI) disinterest is becoming a big barrier for it.

During a recent MCC World Cricket Committee meeting, leading by former English skipper Mike Gatting and also some other big names in the Committee members including former Indian captain Sourav Ganguly and former Australian captain Ricky Ponting, this topic was raised where it revealed that ICC have a goal to introduce the cricket in 2028 Los Angeles Olympics.

The MCC press release stated on that, “The committee particularly welcomed the news that 87% of respondents to ICC’s recent survey supported cricket in the Olympics, and that it was a goal for ICC to have T20 included in the 2028 Olympic Games. The World Cricket committee has indicated its support in the past for the inclusion of cricket for both men and women in the Olympics, and will do whatever it can to assist ICC in its endeavours, especially in regards to staging compelling cricket matches and supporting the spirit of the game.”

Recently, Gatting spoke on this topic. He believes that they nearly miss to include the game in 2024 Olympics but he is very optimistic for the 2028 Olympics.

When he was asked whether it is realistic to include the cricket in Olympics (especially when BCCI is continuously opposing) Gatting replied as per First Cricket, “I believe, it is. Cricket’s inclusion in the Olympics will open up a lot of avenues. New countries like China will join the bandwagon, its government will invest money, which will double up ICC’s revenue. So, we have to work towards that. I believe we narrowly missed the bus in 2024 [Olympics], but in 2028 we have a realistic chance.”

While BCCI is not supporting it, Gatting reveals that Indian fans are on top of the list who are supporting the inclusion of cricket in Olympics. He also said that the ECB (England and Wales Cricket Board) was also against it but they are now supporting.

Gatting said on that, “When it comes to fan following, Indian cricket sits right at the top. So, we have to keep them in the loop for sure. So, we as MCC can only give our suggestions. But I am sure ICC will convince the Indian board. Even initially the ECB (England and Wales Cricket Board) was against it. But now it seems they are on board as well.”

Gatting concluded, “We have to take one step at a time. So, first, we need to make sure that infrastructure wise we are ready to take the game there (Olympics). So, it’s good that we will have women’s cricket 2022 Commonwealth Games in Birmingham. And most importantly, there will be participation from India. Hopefully, that should start the ball rolling.” 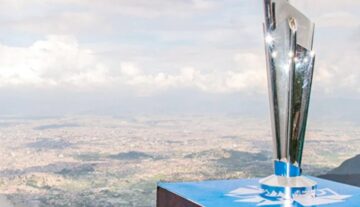