Before the start of the ongoing Test series between India and Australia, the Indian captain Virat Kohli grabbed a lot of eyeballs with a surprising statement. He had said that he would be happy to play a series Down Under without any on and off-field drama.

Virat had earlier said, “When it comes to getting engaged in an argument, or a fight, as people like to call it excitedly, I have been completely okay with playing without an altercation. At a personal level, I don’t need to find these things anymore. I have enough belief in my abilities that I can play without a reason to pump myself up.”

Remaining true to his words, the ever-energetic Kohli stayed away from any sledging for the first eight days of the Test series. The Adelaide Test did not witness any banter while the first two days of the ongoing Perth Test were not an exception either.

Well, it was just a time-bomb waiting to explode and it finally did on the third day. Kohli was seen attempting to get under the skin of the Australian players especially skipper Tim Paine. Such was the heat of the moment that Paine ended up calling him a bighead. Not only that, but Kohli also encouraged teammates and fans in equal measure; passionately gesturing, appealing and celebrating. At one stage, he even urged the fans in the crowd to make more noise.

But while Virat’s on-field antics have been appealing to the fans, it did not go down well with former Australia cricketer Mike Hussey. The batting great slammed the Indian stalwart, saying that he is out of control. Former Australia skipper Alan Border was also critical of the 30-year-old’s attitude and said he hasn’t witnessed any captain carry on like the way Kohli did.

As per the reports in Macquarie Sports Radi, Hussey said, “Kohli is out of control … I don’t like his attitude at the moment.” On the other hand, while talking to Fox Sports, Border said, “I don’t think I’ve ever seen any captain carry on like that.”

Meanwhile, India bowled out Australia for 243 in the second innings to claw their way back in the game. The hosts were placed 190 for 4 at lunch on day four and looked set to score well in excess of 300. However, Mohammed Shami’s 6-fer helped the visitors pick the remaining six wickets for just 53 runs. Team India is chasing 287 with 5 wickets down and a day to go. 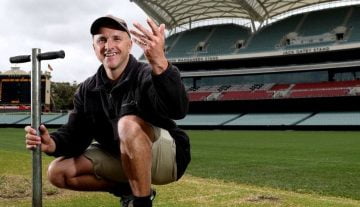