27-years old right-handed top-order batsman Rahul Tripathi got the high-price tag for the upcoming IPL 2018. However, he is currently busy to taking care of his game rather than the money.

While Rahul Tripathi had the base price of INR 20 lakh for 2018 IPL Auction, he was bought by Rajasthan Royals for INR 3.4 crore. After making the IPL debut in last season for Rising Pune Supergiant (RPS), who had bought him for INR 10 lakh, the right-handed batsman provided the good batting performance for his team by scoring 391 runs in 14 matches (average 27.92).

Talking about his present situation, Rahul quoted, “I think the money is being taken care of by my dad. I am just happy to play as playing cricket is more important for me now.”

Rahul also said that his parents were tracking the auction and they are happy with the Rajasthan Royals team.

Speaking of that, Rahul said, “Yes, my parents were tracking the auction. They were happy that their son has gone to a good team. But they were like: ‘Humare bete ka kya hoga, kaunse team me jayega’ (what will happen to our son, which team will go) but eventually, they were very happy the way the auction panned out for me. “

After providing the excellent batting performances in the last season for RPS, Royals surely has the big expectation from him. He had twice hit the six sixes in an over in the local tournament. Talking about his slogging, Rahul claimed that he had no particular strategy.

He said, “No particular strategy, I just prepared myself to play according to the ball. Didn’t think much like ‘I need to do this or that.’ I just practised hard and knew what shot I wanted to play. I just concentrated on the ball better and how the ball will come onto the bat. That’s it.”

Rahul wants to repeat his last year’s performance in this season. He also mentioned that the tournament is the great opportunity for youngsters.

He stated, “IPL is a great opportunity for youngsters like us to go out and play some of the finest bowlers in international cricket. I just wanted to repeat the way I played last year. So the money wasn’t a big factor for me. For me, it was an opportunity to play at such a big stage and get recognised for it.”

Though he knows that it’s not currently easy to earn the national team call-up, specially as a top-order batsman, he doesn’t lose the hope to represent India.

He said on that, “Yes, I am going to work hard this time. And definitely if I keep performing well, then who knows I will soon get the opportunity to represent my country.”

Steven Smith was the initial captain of the Rajasthan Royals team for this season before his suspension due to the involvement in the ball-tampering scandal. The Australian was also Rahul’s skipper in the last IPL season for RPS.

When Rahul was asked to comment on Smith’s incident, he just said, “It’s an unfortunate incident and that’s all I can say about it.” 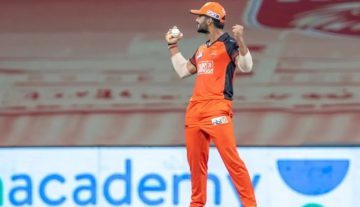