Mitchell McClenaghan, left-arm fast-medium bowler from New Zealand has proved his worth in this season of the Indian Premier League. McClenaghan has been a regular in Mumbai Indians’ playing eleven, preferred ahead of Mitchell Johnson. But the management would not be disappointed with this decision of their as the Kiwi has reaped the fruits of success.

McClenaghan, who mostly takes the new ball for Indians picked up the crucial wicket of Virat Kohli in the sixth over today. He then dismissed Kedar Jadhav and Pawan Negi in the final over of the innings and ended up with figures of 4-0-34-3. Watch how he dismissed Kohli today: 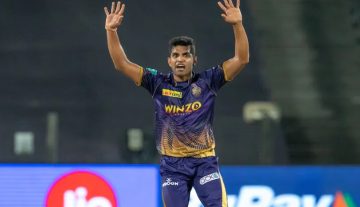