Australia pacer Mitchell Starc has opted out of the Indian Premier League for a consecutive second year even as his teammates Glenn Maxwell and Chris Lynn are among seven players who have added their names in the player’s auction which is scheduled to be held on December 19 in Kolkata. Mitchell Starc last played in the IPL in 2015 when he represented Royal Challengers Bangalore. In the 2018 IPL auction, the left-arm pacer had been signed by Kolkata Knight Riders for a whopping 9.4 crore but he was unavailable for the entire league due to an injury.

Earlier this year, he was recovering from injury before the IPL 2019 auction and he had opted out to give priority to Australia’s World Cup campaign. England’s Test captain Joe Root is the other notable player who is excluded from the auction pool of 971 players.

Glenn Maxwell and Chris Lynn, however, will be there to be added and have set their base price at the maximum of Rs 2 crore. Apart from Maxwell and Lynn, the other players who have listed their base price at Rs 2 crore are Australia fast bowlers Pat Cummins and Josh Hazlewood, Australia allrounder Mitchell Marsh, South Africa pacer Dale Steyn, and Sri Lanka batsman Angelo Mathews.

Among other overseas players in the auction list is South Africa pacer Chris Morris, who became the only retained player in 2018 to be released before the upcoming auction. A total of 971 players have registered for the tournament which will begin in March 2020. Out of the 971 players, 713 are Indian and 258 are overseas players. However, they will be contesting for only 73 places as well. 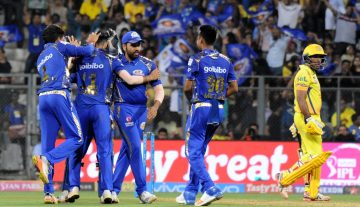