India’s women’s team skipper Mithali Raj reckons that Team India has more match-winners now and in the days to come, it should be a quality side to beat. She was recently named as the ‘player of the series’ after the Indian team defeated South Africa in the T20 series.

During a recent interview with Sportstar, Raj said, “The fact that we completed a highly credible ‘double’ winning the one-day series and the T20 in the challenging conditions in South Africa is a reminder of how well we were prepared for this tour. I think the short duration camp in Mumbai before we left for South Africa helped us a lot to work on our game.”

Talking about the conditions, Mithali said, “Definitely, I think it was great to see the girls do so well in the conditions which were challenging for batters and spinners, more importantly assisting the pacers. They really shaped up very well knowing fully well that the challenges will be different and not any easier on pitches which were fast and had bounced.”

When asked about the importance of teamwork, the Indian skipper said, “The biggest positive of this South African tour is that we didn’t rely on one or two players. Everyone contributed in all departments. I was impressed with the way we handled the middle-overs after the pacers gave us the early breakthroughs. Smriti (Mandhana) gave us good starts and the middle-order also clicked. This is a welcome sight.”

Talking about the upcoming T20 World Cup, Mithali said, “The future of Indian women’s cricket looks good. The T20 World Cup this October should be the perfect stage to serve a reminder of our growing stature. But it is important to play as many matches. Yes, we have to work on lot of things right now. We have Australia and England coming to India later this year. It will be a tough home series. They have quality players and the two teams are good in both the formats. To have them before the T20 World Cup should give us a perspective of what our strong points and the areas to work on.”

Raj concluded by stating the immense balance in the current Indian squad, she said, “There is always scope for improvement in every aspect of the game. I personally think fielding is the key area, bowlers have to work on variations and we are trying to see the lower-order contributing with the bat too.” 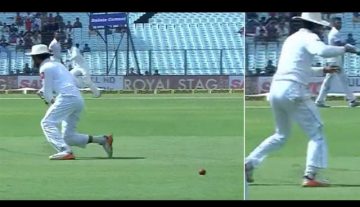