The Board of Control for Cricket in India (BCCI) on Tuesday has announced Team India women’s squad for the upcoming series against Australia, comprised of a one-off Test, ODI and T20I matches as well. The series will begin from September 19 to October 11. While Mithali Raj will lead the team in their historic day-night Test and the ODI series, Harmanpreet Kaur will lead the team in the T20I series as well.

India will play their first-ever day-night Test match at the WACA in Perth from September 30 to October 3. They recently played another Test against England where they registered an impressive draw against the hosts in Bristol earlier this year. While the key players including Mithali Raj Harmanpreet Kauri, Smriti Mandhana, Deepti Sharma, Shafali Verna and Jhulan Goswami have retained their places, all-rounder Sneh Rama also retained her spot after having an impressive tour of England.

On the other hand, left-arm spinner Rajeshwari Gayakwad, who misses the England series has returned to the squad while the youngsters like Priya Punia and Indrani Roy have failed to retain their places as well. While the Bengal cricketer Rich Gosh has been retained her place as a wicketkeeper-batter in the T20I squad, Meghna Singh, Renuka Singh Thakur and Yastika Bhatia are the new faces as well. 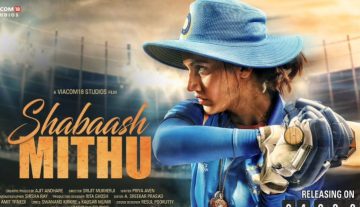 Social Shots
By CricShots - Dec 3, 2021
Release Date For Biopic Of Mithali Raj Has Been Announced