The Indian fast bowler Mohammed Siraj made his international debut back in November 2017 when he played three T20Is. However, he conceded runs at an economy rate of 12.33 and subsequently, was dropped from the national squad. He didn’t looked back since then as he went back to the domestic level and churned out some breathtaking performances.

Siraj has played quite a matches for India ‘A’and played some memorable games at the first-class and the List ‘A’ level. Recently, he received a maiden call-up for the Indian Test squad for the upcoming series against Windies, which gets underway on October 4 in Rajkot. He played in England and then went on to dismantle Australia ‘A’ and South Africa ‘A’ in home conditions. Quite expectantly, the 24-year-old pacer sounded excited about his foray in Test cricket against the Caribbean team.

During an interview with The Times of India (TOI), the pacer said, “It is a dream come true for me. I wanted to represent my country in Tests and knew I will be able to impress the selectors someday. I am so happy. I have done well for India A recently and had an idea about my selection in the Test team.”

Moreover, the Hyderabad-born fast bowler revealed an incident when MS Dhoni, the former Indian captain, helped him out with his priceless tips from behind the wickets. Quite often Dhoni has been seen delivering insights, something which has benefitted a number of the bowlers to get batsmen out. Siraj credited him for the valuable suggestions. 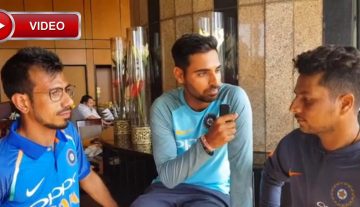