“Don’t ask me till January”, said MS Dhoni on Wednesday as he broke his silence for the very first time on his ongoing break from cricket which left everyone in speculation about his future in the game. “January tak mat poocho (don’t ask me till January),” said the man himself at an event before the questions on his career could even be thrown at him.

On Tuesday, a source close to the former India captain MS Dhoni said that he will take a call on his future after next year’s Indian Premier League (IPL). However, e has not played a single game ever since India’s semifinal exit from the ICC World Cup in England in July. He didn’t feature in the tour of the West Indies and also the home series against South Africa and Bangladesh respectively. Moreover, he will miss the limited-overs home series against the West Indies which is scheduled to start from December 6 and comprising three T20 Internationals and as many ODIs.

On the other hand, National selection committee chairman MSK Prasad has already said that they have “moved on” and MS Dhoni is aware of that they should focus on youngsters such as Rishabh Pant while keeping in mind next year’s T20 World Cup in Australia. However, he was seen training with Jharkhand’s under-23 team in Ranchi a couple of days back which gave birth to a fresh round of speculation on his possible return to the action.

BCCI President Sourav Ganguly has earlier stated that he will get the respect that a player of his level deserves and he had also ruled out immediate retirement news of his.

“You know champions don’t finish quickly,” Ganguly had stated when he took over as the Board President last month.

One of the most celebrated players in Indian cricket – MS Dhoni has led India to two world cup titles — the 2007 World T20 in South Africa and the 2011 ODI World Cup at home. 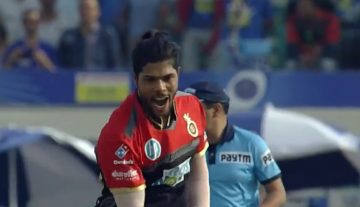