The Indian stalwarts, Virat Kohli and MS Dhoni have been known for sharing immense mutual admiration. While playing for India together, the camaraderie between has always been visible as Kohli has often said that Dhoni will always be his captain. No wonder, they will be missing playing together nowadays and with the Ranchi stalwart retiring from international cricket, they won’t share the dressing room together anymore.

CSK and RCB have been locking horns with each other in the ongoing Indian Premier League (IPL) 2020 on Sunday as Dhoni and Kohli have been leading Chennai Super Kings (CSK) and the Royal Challengers Bangalore (RCB) respectively in Dubai. And when the latter came out to bat after opting to bat first, it was all smiles in the middle.

Before start of one of the overs, Kohli was seen having a friendly chat with his counterpart who was standing behind the stumps. The RCB skipper was seen saying something to the CSK captain and then the latter responded even as Virat smiled with all his heart out.

As far as the performance of the two teams is concerned, RCB is standing in the third position with 7 wins in the 110 games they have played so far. Kohli and his men have played some superb cricket as he along with AB de Villiers are in great form while the bowling attack is finally delivering.

ALSO READ: Sam Curran Gets Trolled For His Choice Of Sunglasses Against RCB

On the other hand, CSK has been witnessing their worst outing in IPL history as they have already been knocked out of the tournament. This is the first time they won’t be featuring in the playoffs in the 11-year history of the IPL franchise. MS Dhoni has time and again acknowledged that it hasn’t gone their way this time around and will be looking to build a team for next year in the rest of the matches. 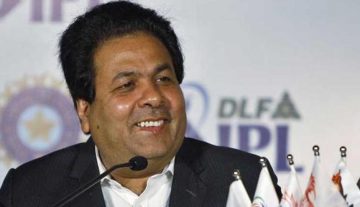