During the 7th match of the ongoing Indian Premier League (IPL) 2020 between Chennai Super Kings (CSK) and Delhi Capitals (DC), fans got to see some brilliance if MS Dhoni from behind the stumps. Dhoni had won the toss asked Delhi to bat first. CSK made once change in their squad as Josh Hazlewood made his debut to replace Lungi Ngidi.

DC also made a couple of changes in their playing XI as R Ashwin was replaced by Amit Mishra and Mohit Sharma was replaced by Avesh Khan. Delhi Capitals got the much-needed start as their opener managed to keep their wickets intact in the powerplay, but only managed to score 36 runs, but they went berserk in the next few overs.

Shaw and Dhawan amassed 52 runs in the next 4 fours as DC’s tally of 88 runs as they smashed Piyush Chawla and Ravindra Jadeja all over the park. However, the next couple of over was a bit slow which priced the wicket of Dhawan in the 11 over followed by Shaw’s dismissal in the 13th over.

On the second ball of the 13th over, Dhoni gave the testimony of his brilliance behind the stumps. Prithvi Shaw came down the track to play the flatter delivery and got outfoxed as he had no chance of getting back in and Dhoni made no mistake. He scored 64 off 43 balls. Earlier Dhoni had seen helping Shaw with some issue in the latter’s eye.

Even the great man saw the spark in your eyes tonight 😉 6️⃣4️⃣ off 4️⃣3️⃣ 👉🏻 It was a 🔝 innings, Prithvi Shaw 🔥 #CSKvDC #Dream11IPL #IPL2020 #YehHaiNayiDilli

Dhoni did another brilliant job when he took a flying catch of Shreyas Iyer off the bowling of Sam Curran in the 19th over. MS Dhoni was seen flying to his right and takes a superb catch. It was a spectacular over by Curran as he bowled a short ball outside off and Iyer knocked it towards Dhoni. 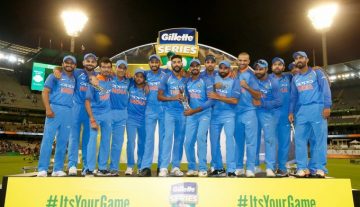