India’s young leg-spinner Yuzvendra Chahal has become one of the crucial cogs for the Indian skipper Virat Kohli in recent times, despite the fact that he has become a regular member of the squad hardly a year ago. He has bamboozled one of the batsmen world with his career so far and more often than not has credited MS Dhoni for his success.

The veteran behind the wickets always suggests him how to bowl in the crunch situations of the game and the suggestion have worked more often than not. However, MS also has a funny nickname for the youngster which proves the camaraderie between the two players.

Chahal was recently part of the limited-overs leg of India’s tour to England. He bowled economical spells in the matches but the English batsmen somehow manage to no to throw their wickets on the leggie’s bowling. He will have to come up with more variations now to keep the batsmen on pitches not assisting the spinners.

WATCH: MS Dhoni Chilling Out With Rahul Vaidya In Bathroom

In a candid interview with the Quint, Yuzvendra revealed that MS Dhoni calls him ‘Tilli’ while passing on any advice to him from behind the stumps. The 28-year-old also answered some quirky questions in the rapid-fire round during the interview. He also went on to reveal that his six-wicket haul in the T20I against England at the Chinnaswamy Stadium in January last year is the memorable moment of his career so far.

However, when asked about his favorite opponent, Yuzi said that he is still waiting to play against Pakistan and would love to lock horns against the arch-rivals, hopefully, he will get that chance in the Asia Cup 2018. It is also possible that two teams might face each other again on September 20 then in the super four and if all goes well also on the night of the final on September 28 in Dubai as well.

Currently, the leg-spinner is enjoying a break away from the game and will soon be hitting the straps at the National Cricket Academy (NCA) to prepare himself for his next assignment. 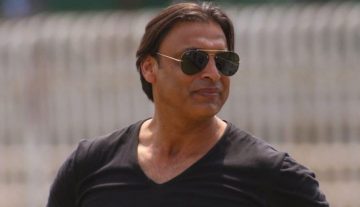