The Indian Premier League 2019 is about to kick start and its fever is visible among the cricket fans in India. Every franchise has started its preparations ahead of another IPL season. In the same order, Mumbai Indians has announced their new partner. Viacom18’s Hindi entertainment channel ‘Colors’ is the new partner of three-times IPL champions.

Colors is India’s premium number one Hindi entertainment channel in the premier and urban Hindi category. They will add more colors to Mumbai Indians jersey at the IPL 2019. Their logo will be at the back of MI’s jersey this season.

Commenting on the partnership said Spokesperson from Viacom18, “Cricket is like a religion in India that brings every member of the family together and so does a leading general entertainment channel like COLORS. Therefore, associating with the most popular cricketing team of IPL – Mumbai Indians which enjoys tremendous adulation, is a perfect blend with our brand positioning.”

He further added “Both COLORS and Mumbai Indians are consistent, entertaining, ambitious and aggressive and exemplify the same ethos. This is yet another avenue for us to connect with our audiences both on and off the field as well as on-air.”

Colors is planning to engage the fans and will draw them closer with Mumbai players through the digital platform.

Mumbai Indians Spokesperson quoted after this announcement, “We are extremely delighted to bring COLORS as the Principle Sponsor for Mumbai Indians and look forward to develop a long term, mutual benefiting association. Through the journey this IPL, Mumbai Indians and COLORS will create consumer centric entertaining content, which we hope our global fans will appreciate and associate with.”

The latest edition of Indian Premier League will get underway from March 23 in Chennai, where the defending champions Chennai Super Kings will lock horn against arch-rival Royal Challengers Bangalore. BCCI has announced the schedule of the first two weeks and the rest of the schedule will be revealed as soon as the Indian government reveals the dates of elections. 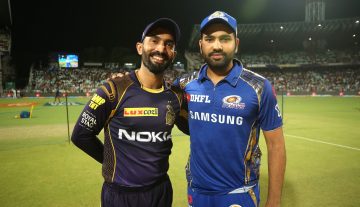