It was a magical moment for the 41-year-old leg-spinner, Pravin Tambe when he was picked by the Indian Premier League (IPL) franchise, Rajasthan Royals (RR). What made this story even more sensational was the fact that Tambe did not play any first-class cricket ahead of it. The story of the leg-break bowler is surely inspiring and Neeraj Pandey, the director of MS Dhoni – The Untold Story has decided to make a biopic of Pravin Tambe.

While most of the players announce retirement from cricket at the age of around 40, Pravin Tambe made waves as he was selected in the Rajasthan Royals setup at a ripe age of 41. Tambe became the oldest player to appear in the Indian Premier League and justified the cliché, “Age is just a Number.”

The leggie took a hat-trick against Kolkata Knight Riders (KKR) in the 2014 edition of the league for which he won the Man of the Match Award. The experienced bowler made his debut in the Caribbean Premier League (CPL) when he featured in the game between Trinbago Knight Rider and the St. Lucia Zouks.

He became the first player in the history of Indian Cricket to play in the CPL. From No Domestic match to getting a contract in the IPL, his story has been purely motivational and Pravin Tambe’s biopic will definitely bring in a lot of unknown facts about the cricketer and also the hard work that ultimately paid off.

Shreyas Talpade will be portraying the role of Tambe and the movie will be premiered on OTT platform Disney+ Hotstar. Pravin Tambe’s biopic has been titled Kaun Pravin Tambe? and stars veteran actor Ashish Vidyarthi along with Parambrata Chatterjee. The film will be made under Neeraj Pandey & Shital Bhatia’s Bootroom Sports, a banner dedicated to sports and aims to tell atypical stories.

Here is the recent post made by Fox Star Hindi: 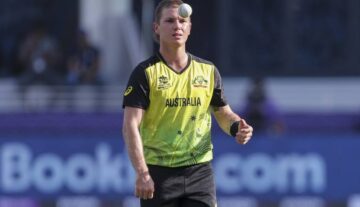