The young Royal Challengers Bangalore (RCB) batsman, Devdutt Padikkal has made a memorable debut in the Dream11 Indian Premier League (IPL) 2020 by scoring a brilliant half-century in the opening game for RCB against Sunrisers Hyderabad (SRH) on Monday. He was the highest run-scorer in the 2019 editions of the Syed Mushtaq Ali T20 Trophy and Vijay Hazare 50-over tournament. He made sure he further enhanced his reputation courtesy a whirlwind half-century in the debut.

And, by doing that, the southpaw has made the record of being become the eighth Indian batsman and the first after Kedar Jadhav [in 2010] to score an IPL half-century on his debut. Of course, this is not the first time that Padikkal has turned heads on his debut. He has scored a half-century in each of First-Class, List-A, T20 debut.

Half century in his Debut IPL at the age of 20

Devdutt Padikkal was looking in good touch from the word go, as he was smoking the SRH fast bowlers to all corners of the stadium, even as Aaron Finch played second fiddle to the young southpaw. The prime feature of Devdutt Padikkal’s assault was how was keeping his calm despite smashing boundaries.

Anything that was short was dispatched over mid-wicket; anything on a fullish length he was smashing it over extra-cover or straight over the bowler’s head.

Devdutt Padikkal’s onslaught ensured that RCB racked reaching a total of 53 runs in the powerplay without losing any wicket. The southpaw reached his debut 50 courtesy a slog sweep off Vijay Shankar in 39 balls. Shankar, however, had the last laugh as he dismissed the dangerous-looking Padikkal on 53 in the same over.

For RCB, Ab de Villiers also scored a fifty as he amassed as many as 51 runs off just 30 balls with the help of four 4s and a couple of 6s. 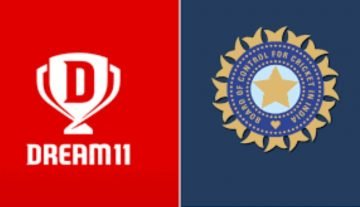