Rarely does it happen that the players and umpires, and broadcasters have differences of opinion regarding the conclusion of innings but an IPL match witnessed just that. PBKS started walking off the field after playing the last ball of the innings but the broadcasters were not sure leading to a lot of confusion.

After winning their first game of the IPL 2022, PBKS had started their match against Chennai Super Kings pretty well. They posted a total of 180/8 in the first innings and Liam Livingstone was at his very best as he smashed 60 runs from 32 balls. His innings were remarkable but confusion around the conclusion of the innings was also the talking point of the game.

Vaibhav Arora was facing the last delivery of the first innings bowled by Dwayne Bravo. He bowled a slower ball on the shorter side and Arora spliced it well short of extra cover. The Punjab Batsmen thought that they had played the last ball of the innings and started walking back to the pavilion as the rest of the team started walking out for their warm-ups.

However, the broadcasters showed that there was one ball left in the innings. Such was the level of confusion that the PBKS staff started walking back off. However, common sense prevailed and the innings were eventually called over.

Par score made by Punjab. Expect match to be over by 18th over. #CSKvPBKS 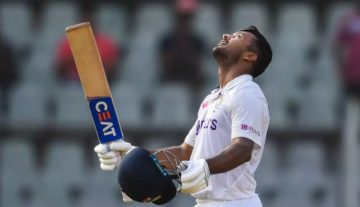