After retaining their star players Rohit Sharma, Jasprit Bumrah, and Hardik Pandya, Mumbai Indians’ (MI’s) owner Nita Ambani has stated that she was disappointed for missing out on having veteran campaigner Harbhajan Singh at the auction which took place at the Ritz Carlton in Bangalore on January 27 and 28th.

Harbhajan has been playing for Mumbai Indians since the inception of the Indian Premier League (IPL) since 2008 and represented them in 136 games and picked up 127 wickets. However, in the upcoming season of IPL, he will be playing for the comeback franchise Chennai Super Kings (CSK) in the yellow jersey.

As quoted in the Telegraph, Ambani said, “I wouldn’t say I’m disappointed that we didn’t get X or Y. However, we won’t be having Bhajji (Harbhajan Singh), so that’s a disappointment.” Reflecting on the auctions she went on to add, “Happy and exhausted… That would be my reaction.”

Earlier, Harbhajan had also shared his perception on not getting retained by the Mumbai franchise. He said, “They called me and spoke to me about their ongoing plans. They are like family and have to accept the decision. Whatever they are doing, they are doing it for the best of their team and whatever they are looking to do. I am not disappointed. I am always like this. Whoever takes me I will give my 100 percent.”

Meanwhile, during his 136 IPL matches for MI, the ‘Indian Turbanator’ has scalped as many as 127 wickets at an average of 26.65 and an economy rate of 6.96. It’s not a new fact that Harbhajan is one of the most seasoned campaigners in the shortest format of the game. In the history of IPL, Singh is most miser bowler in terms of giving away runs. Whether or not Mumbai will miss his services, remains to be seen. 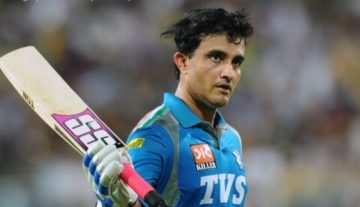