India and New Zealand will be seen back in action in the ODI series after a dominating five-match T20I series as the visitors whitewash the Blackcaps with the first ODI at the Seddon Park in Hamilton on Wednesday. After suffering a huge whitewash the Kiwis will look to get revenge as they now have some new faces being included in the squad. Their opponents, India, are over the moon after a historic series win in the shortest format.

The last time these two sides met in an ODI was in the semi-final of ICC World Cup 2019, where Virat Kohli and his men suffered a demoralizing loss and had to exit from the tournament. However, both sides are well-equipped heading into this game which should result in yet another cracking encounter in Hamilton.

The Seddon Park has generally supported the batsmen with the shorter boundaries leaving a thin margin of error for the bowlers. In the last 10 games, the team batting second has won 7 matches with 253 being the average score for the first innings. India had forgettable outing the last time they played an ODI here as they were bundled out for just 92. Although there will be some swing on offer with the new ball, both teams will be eyeing a score above 260. With either side looking to draw first blood in the series, here are some of the predictions for the game:

With Kane Williamson ruled out for the first two ODIs, Tom Latham will be leading the squad. He should lead the Blackcaps that are likely to field a relatively inexperienced bowling attack. With hosts also missing the services of Trent Boult, Matt Henry, and Lockie Ferguson, it will be a great opportunity for Hamish Bennett or Kyle Jamieson to make a mark alongside Tim Southee.

Their batting unit, in contrast, seems to be evenly poised with Henry Nicholls set to continue as the opener alongside Guptill. With Ross Taylor and Latham in the middle order, the Kiwis have the experience to become a threat of the Indians. James Neesham and Colin de Grandhomme are the two allrounders in the squad with Mitchell Santner providing depth in the Kiwi batting unit as well. All in all, the Kiwis will fancy their chances of a morale-boosting win on Wednesday.

Unlike the Kiwis, the Indians have played a decent amount of ODIs after the World Cup exit against Australia and West Indies. Mayank Agarwal and Prithvi Shaw look set to open the batting with injuries ruling out Rohit Sharma and Shikhar Dhawan for this series as told by the skipper. KL Rahul and Shreyas Iyer hold the fort in the middle order along with the captain, Virat Kohli.

Kedar Jadhav might get the nod over Dube owing to his performances in the T20I series with Ravindra Jadeja and Kuldeep Yadav expected to be the preferred spinners for this game. The trio of Jasprit Bumrah, Mohammed Shami, and Navdeep Saini, who had put in admirable performances against Australia, look set to continue with Thakur missing out. 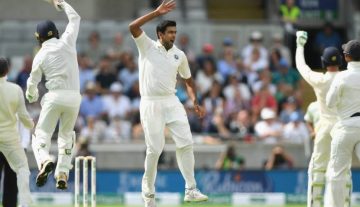