The Indian skipper, Virat Kohli confirmed that Prithvi Shaw and Mayank Agarwal will be their first choice openers during the three-match ODI series in New Zealand, while KL Rahul will continue to keep wickets and bat at No. 5 to give him more time to settle into his new role.

During the pre-match press conference in Hamilton when asked if in Rohit Sharma’s absence, will Rahul open the innings, Kohli said, “No, we are looking to stick to that same plan. It’s an unfortunate situation that Rohit can’t be a part of this series. In all formats, he’s on the list first and the impact he’s had is there for everyone to see. Prithvi’s in the team and will definitely start and whoever the replacement is [Agarwal] – we’ve asked for an opener. KL will play in the middle-order, we want him to get used to that role at No. 5 and keep as well.”

Kohli also emphasized the need to respect the 50-over format even in what is a T20 World Cup year. He also commented on the sluggish fielding of the Indian team.

The Indian skipper said, “You have to respect the format and play to the pace of the 50-over game, and as I spoke of the combination Rahul playing in the middle-order, it’s about guys settling in their roles and repeating that game after game. These things are all about creating good habits for different formats and then being able to switch. We’re not looking at preparing for the T20 World Cup through this series. IPL will be the right platform (for that).”

Looking ahead to the ODI series, where New Zealand will be missing the services of Kane Williamson for at least the first two games, Kohli said India’s immediate priority would be to up their fielding, which was “disappointing” in recent times.

Kohli explained, “The average age is 27 max, so we should be fielding way better than what we have. The standards in last series overall wasn’t that good from either side. It can happen in T20 cricket because it’s fast-paced. And once you get into a nervous zone, it’s difficult to get out of it because the ball keeps coming to you invariably. Sometimes in fielding when it’s not a matter of execution or result immediately, things can be taken for granted. That’s something we want to stay away from.”

Rohit will miss the ODI and Test series due to some strain in his calf muscle and his absence will definitely be felt by the Indian team. 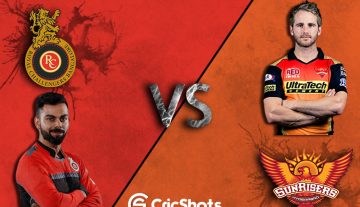