After chasing down a humongous total in the first ODI, New Zealand will be eyeing to seal the series against India as both teams will be locking horns with each other in the second game on Saturday. Although India put up a strong total of 347, the Kiwis chased it down owing to some apt support from Ross Taylor and Tom Latham.

With momentum on their side, the Blackcaps will be hoping for the same result but at the same time, they will be aware of the fact that the men in blue have a history of making strong comebacks. Considering how the visitors have shown some gritty performance in this tour so far, India will bank on their star-studded batting unit to level the series at the Eden Park in Auckland.

Another high scoring game can be expected in Auckland considering the last two T20Is at the same venue between these two teams last month. While there will be some turn on offer, the shorter boundaries will be helping the batsmen to score big and both the team will be preferred to bat first citing no chances of dew. With both teams being well-matched on paper, here are some predictions for the game:

One forced change is expected from the Kiwis with Ish Sodhi not available for this game. One of Kyle Jamieson or Scott Kuggleijn should feature with Jamieson expected to preferred over Scott. Their playing XI has a nice balance with three all-rounders in Santner, Grandhomme, and Neesham featuring in the side.

ALSO READ: Fans Laughed Out As Harbhajan Singh Wished Sreesanth On His Birthday

Although Guptill’s recent form hasn’t been too great, the rest of the batting unit is expected to remain the same, which bodes well for the Kiwis. More of the same is expected from Ross Taylor and Tom Latham although a better bowling performance would be on the agenda.

As for the Indians, Navdeep Saini is expected to replace Shardul Thakur with the rest of the side expected to remain unchanged. Although India has a relatively inexperienced opening duo in Shaw and Agarwal, they are well-equipped in the batting unit with Shreyas Iyer, Virat Kohli, and KL Rahul registering 50+ scores in the previous game. Their bowling attack leaked runs in Hamilton with Mohammed Shami and Kuldeep Yadav proving expensive. Nevertheless, they will hope to come up with a better showing with Jasprit Bumrah being key to their fortunes. 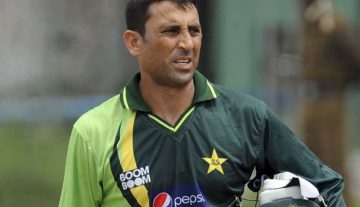 Article
By CricShotsStaff - May 18, 2020
Younis Khan Speaks on the ‘Unfair’ Kohli vs Azam Debate