With the series already in their bags, the high-flying Team India will be looking to test their bench strength when they will be locking horns with New Zealand in the fourth T20I at the Westpac Stadium in Wellington on Friday. While the first two matches of the series were dominated by the men in blue, the third T20I went down the wire with a Super Over being required to deiced the winner. In spite of Kane Williamson’s superlative knock, the Kiwis failed to defeat the Indian team.

With nothing but pride left to play for, the Blackcaps will look to get their game plan right ahead of this game. As for the Indians, more of the same will be on the agenda as they look to finalize their squad with the ICC T20 World Cup not a distance picture. With Westpac Stadium playing host to this game, another cracking encounter is on the cards between two of the best sides in world cricket.

A competitive and even contest between bat and ball awaits with 170 being a par score here. The spinners are expected to get some assist although the batsmen should enjoy batting at the venue. With slightly overcast conditions on the forecast, the pacers should get additional help as both teams look to chase in Wellington on Friday. Here are some of the predictions for the game:

Colin de Grandhomme is likely to warm the bench in this game to make way for Daryl Mitchell with the rest of the side picking itself for this match. While the batting unit looks relatively settled, they lack in a fiery finisher in the side which has hurt them. Although Tim Seifert is an accomplished batsman, he isn’t quite equipped to finish games regularly, which is something Mitchell is capable of doing.

ALSO READ: New Zealand Will Miss Their Pace Bowling Trio During The ODIs Against India

Williamson will once be key for the Kiwis with Colin Munro and Martin Guptill also looking in decent touch. Their pace attack needs to execute their plans perfectly to beat the Indians in Wellington with much being expected of Tim Southee, who is the most experienced of the lot.

Although the men in blue have remained unchanged for all three T20Is, a couple of changes are expected with the series already in their pocket. Washington Sundar and Navdeep Saini look set to feature at the expense of Shivam Dube and Jasprit Bumrah while Kuldeep Yadav could also come in for Chahal as a like-for-like replacement.

The team management could rest one of the batsmen as well although of that happening seems very unlikely. With a well-balanced side at his disposal, Virat Kohli would hope more of the same although there is some room for improvement in their fielding. 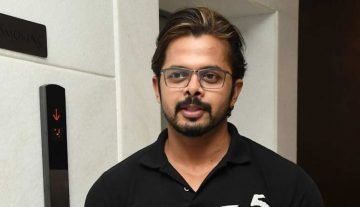 News
By Aditya Pratap - Mar 15, 2019
I Was About To Announce Retirement, Reveals Relieved Sreesanth