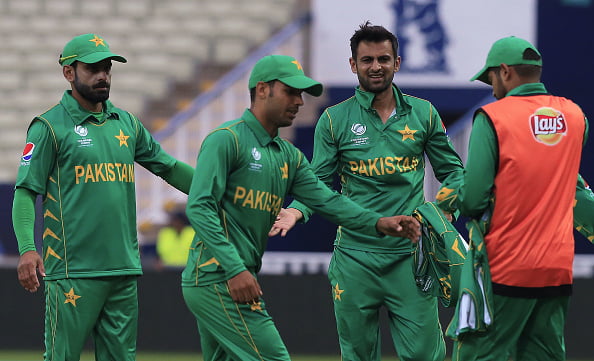 The Pakistan cricket team has not only suffered a demoralizing defeat by the Indian team but their bowling attack was also paralyzed by injuries. Two of their three speedsters Wahab Riaz and Mohammad Amir had to walk off the field towards the end of the innings without finishing their share of overs.

While Amir has improved and has been considered fit for this game but Wahab who injured his ankle endured a “deltoid ligament complex” which will take at least 2 whole weeks to recover before the pacer think of making a comeback on the field. He has therefore been ruled out of the remaining Champions Trophy matches.

Pakistan Cricket Board (PCB) has already demanded the International Cricket Council’s (ICC) Technical Committee to allow them to replace Wahab with another player. The technical committee is yet to permit them for the same while it is believed that left-arm pacer Rumman Raees is expected to replace him in the squad of 15.

Although Pakistan suffered a loss their tournament opener to India by a huge margin of 124-runs, they still are pretty much in the race to make it to the semi-finals. From here on they need to win each and every match ti make it ti the next level. Next up they will take on South Africa at Birmingham in an evening game.

Ahead of the match Pakistan captain, Sarfraz Ahmed has made an announcement that two changes they will make to the playing XI against the Proteas. For the compelled change left-arm pacer Junaid Khan will walk into the team for Wahab.

Ahmed Shehzad who was making a comeback in the team hasn’t managed to earn enough confidence from the team management to make him play beyond the opening game of the Champions Trophy. He will make way for Fakhar Zaman in the squad for the upcoming challenges.