Expectations were sky high from the Kolkata Knight Riders (KKR) fast bowler, Pat Cummins when he landed in UAE for the ongoing Indian Premier League (IPL) 2020 as he was the costliest overseas player in the history of the tournament. But it is safe to say that the start of the Australia pacer is nothing less than a disaster. He gave away as many as 49 runs in just three overs against Mumbai Indians.

In the previous auction, KKR went all out for the world number one Test bowler as they spent a whopping amount of INR 15.5 crores to secure his services. And while only time whether he justifies the price tag or not, but he has surely started off on a rough note.

ALSO READ: Hardik Pandya Gets Dismissed In The Most Bizarre Way Possible

He struggled with his line and length throughout the game against MI and was rightly taken to the cleaners by the batsmen. Such was his performance that Dinesh Karthik preferred not to let the pacer complete his quota of four overs. In his very first over of the season, Rohit Sharma smashed him for a couple of big sixes as he conceded 15. Karthik then removed Cummins from the attack straight away and brought him back in the 15th over but it didn’t change his fortunes.

This time Saurabh Tiwary smashed him for a four and a six as he went for 15 runs again. And his third over was even worse as he ended up conceding 19 runs. Hardik Pandya smashed the Aussie pacer for two fours and a six while he also conceded two wides. And as Pat Cummins was struggling on the field, the cricket fraternity took to Twitter to criticize his poor performance.

Not a single Yorker , nothing up there , same short delivery to natural pullers. Little disappointed with Pat Cummins:( #KKRvsMI

I don't know which team you are supporting, but this effort from Cummins should make you furious. #IPL

World’s number 1 fast bowler and the most expensive purchase in the last auction — Pat Cummins — being taken to the cleaners. T20 can be brutally cruel

When you realize you spent 15.5 crores to buy Pat Cummins. #KKRvMI pic.twitter.com/gbV0jysA8l

Cummins should do a film titled
"Yorker Mana Hai" #KKRvsMI 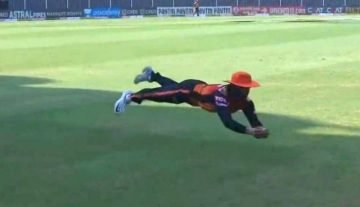