After Pakistan’s dismal show in the recently concluded T20I series against Sri Lanka, a meeting between the captain Sarfaraz Ahmed and Pakistan Cricket Board (PCB) chairman will take place next week. In the meeting, Sarfaraz, who has been under the scanner for quite some time now, will be asked to step down from his duties as Test captain, as per the reports of cricketpakistan.com.pk.

The report stated that Sarfaraz is expected to retain his place for the next scheduled T20I series against Australia which will be played in November. However, a final decision will be taken whether Sarfaraz Ahmed would be retained as the Test captain or not is also expected to be taken next week, after the scheduled meeting.

Earlier, former Pakistan legend Zaheer Abbas, Mohsin Khan and Shahid Afridi had also said the same thing about Sarfaraz Ahmed and his captaincy and another player should take the responsibility. After Pakistan’s dismal performance in the World Cup, many questions were raised for the exclusion of Sarfaraz as captain of the team. They were knocked out in the group stage of the tournament as they finished fifth in the points table.  However, PCB retained him as the captain in the 50-over format and appointed Babar Azam his deputy. 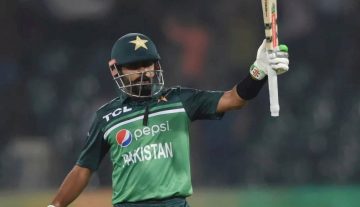