Ever since the retirement of the legendary Indian batsman Sachin Tendulkar, the chants of “Sa-chiiin! Sachin!”, have been converted into “Koh-liiii! Kohli!”, even the tone hasn’t changed.

The adulation these two Indian batsmen have got from the crowd is completely unmatchable. But, captain cool MS Dhoni also can’t be neglected when it comes to the most loved Indian cricketers, especially after seeing the credentials attached to Mahi’s name and one of the most famous ones is the ‘world cup winning captain’.

It is still a debatable topic that does they deserve the love they have got from the people or not, but their achievements on the cricket field are truly unmatchable and incomparable at the same time.

The game of cricket has always been revolved around a bunch of transitions and arguably Sachin is the only cricketer who has witnessed most of them. However, Virat and Dhoni also played a crucial role in taking the Indian cricket where it is standing right now with No. 1 positions in both Tests and ODIs.

Now, the questions arise is that, then who is the best cricketer out of these three greats of Indian cricket. Here we are trying to make a comparison and find out who deserves most of the applause. 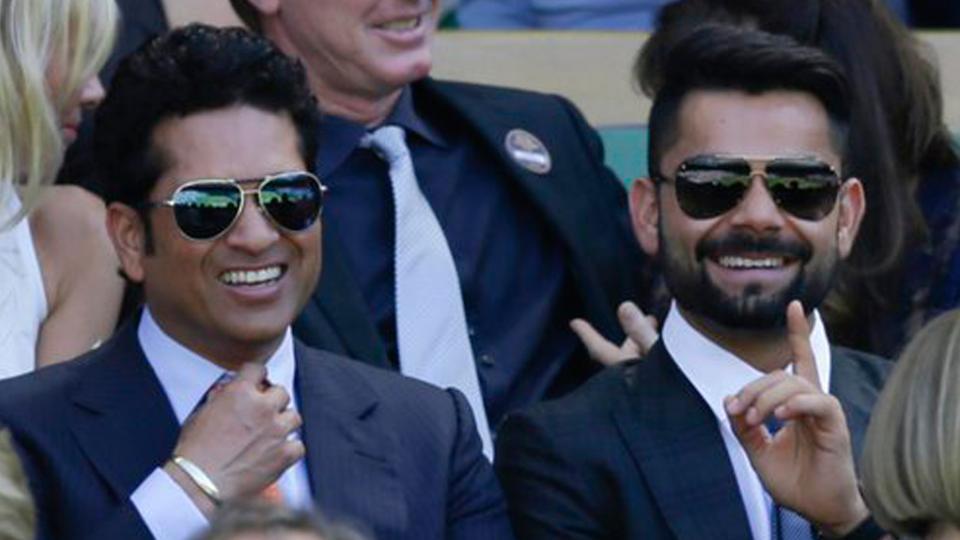 A lot of times, Virat had said that comparing him to Tendulkar is completely unfair to the Little Master, as it is difficult to compare men of two different eras. Going completely by batting averages, Kohli has clearly outdone the master blaster in shorter formats of the game but Tests tells a completely different story.

However, the comparison is still difficult as conditions diversify with the place and with time as well. Then there are other factors like Kohli never faced some great bowlers like Wasim Akram, Curtly Ambrose and so on. While Sachin hasn’t played in current playing conditions. But numbers can throw up interesting facts, which can arm a fan better the next time a cricket debate breaks out.

All three of them started their respective career a bit slow but once they got the momentum, there was no looking back as the rest his history.

Very few are aware of the fact that the careers of these three people are interconnected in some way or the other. Sachin played a huge role in Dhoni becoming Indian captain while Dhoni was the one who backed Virat in his early days and those investments back then are paying rich dividends now. 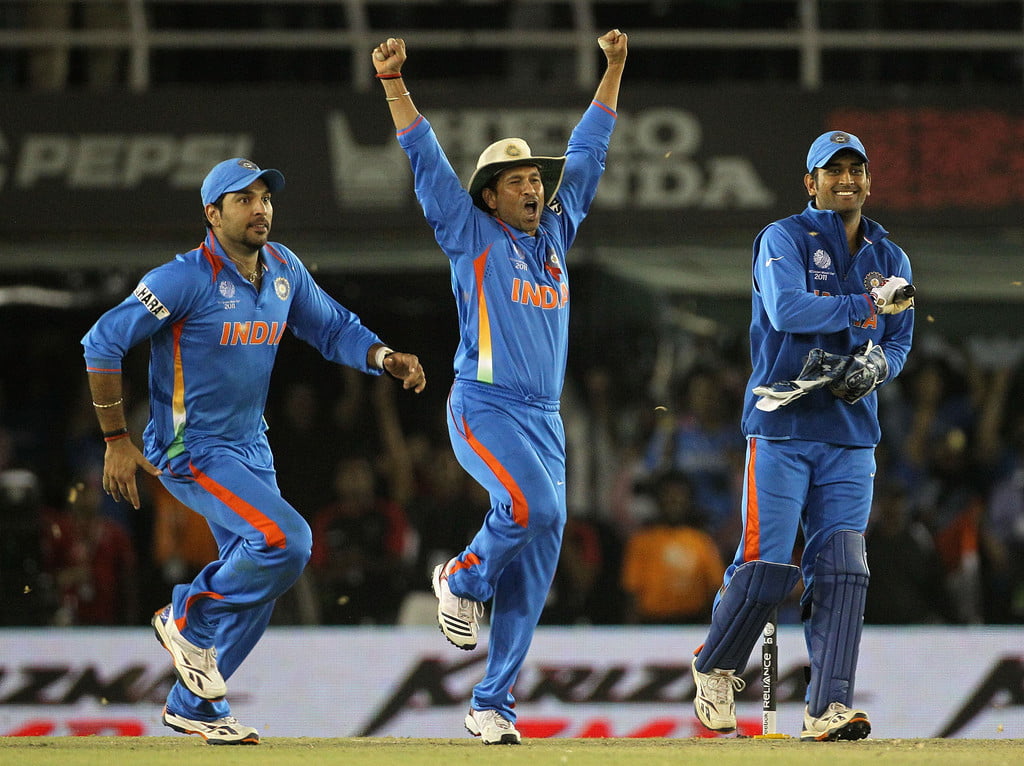 Dhoni and Kohli both almost grown up following the flamboyant career of Sachin as both have not even started playing cricket when Tendulkar played his first international match. But, needless to say, Mahi and Virat have come a long way since their international debut and seeing them it feels that Indian cricket is in safe hands despite the retirements of some legends of the game.

Although every cricketer dreams of winning a World Cup for their country at least once, little master’s dream of doing so was special and it was fulfilled by none other than Dhoni. Despite the fact, a lot of players like Yuvraj Singh and Zaheer Khan also played a crucial role in winning the 2011 World Cup, but Dhoni’s innings in the final was the cherry on the cake. But, we have to admit that all these people did it only for the ‘God of Cricket’.

Here are some comparison stats of these greats which will help the fan of the particular player to make a better decision:

Now coming to captaincy role. According to the numbers, it can be said that Virat is again leading the charts. The Delhi lad had taken on the Test responsibility right after the Boxing Day Test match against Australia in December 2014. His win percentage stands at 65.51 percent in the longer format of the game as currently, he is leading the team of invincibles.

In the home series in the 2016-17 season, the Indian team won 12 out of their 13 matches which even saw the side grabbing the No. 1 spot in ICC Test rankings. Recently, they even attained the ODI no. 1 rankings by defeating Australia 4-1. He also has a second most win in Test cricket on foreign soil, only after Sourav Ganguly’s 11. And adding to it, with Sri Lanka series win he surpassed Steve Waugh’s record of seven consecutive series win. He now stands one behind Ricky Ponting’s nine.

Even Dhoni, who is regarded as one of the most successful skippers of India hasn’t had better captaincy such in such early stage. While Sachin’s captaincy stats are pretty diminishing as he led his side to just four wins in 25 Test matches recording a total of nine defeats.

However, these stats do give an idea of the elegant career of these greats of Indian cricket but we can’t forget that sometimes numbers do lie as conditions and match scenarios matter from match to match and player to player. Now, we would like to ask you, people, that who is your favorite of these three and please don’t forget to give reasons for your choice.