When the Indian skipper Virat Kohli was asked if the decision to play Rohit Sharma over Ajinkya Rahane backfired as India failed to chase down 208 against South Africa in the first Test at the Newlands Stadium in Cape Town. He said Rohit was picked on the back of good form at home.

However, Rahane’s personal coach Pravin Amre doesn’t seem to be impressed with that reason, as he said, “I think this is the time when Rahane needed Kohli and Shastri’s backing because he had just one bad series against Sri Lanka and that too on Indian soil. When he was dropped from the ODI team after winning the Man of the Series award in the West Indies, there was no problem because he was filling in for the first team players. He was expected to make way once they returned to the team. But to drop the vice-captain of the Test team in the first Test of what is deemed as the start of the real test for Team India over the next 18 months was anything but shocking.”

Rahane has scored just 17 runs in 5 innings at 3.40 with the highest score of 10. But, his average is 69.66 against South Africa at their home turf with 209 runs in 4 innings with 2 half-centuries. And Amre reckons that this should have been kept in mind because playing the red ball and the white ball is pretty different.

Explaining himself further, Amre said, “You cannot replace a Test batsman because he is low on form by a limited-overs batsman because he has scored tons of runs on low and slow Indian wickets. If that was the case, there wouldn’t be a term called specialists. I am one of Rahane’s biggest critics when he doesn’t do well.”

He further elaborated, “Hopefully, he will get to show his talent at some point in the series. I have played in South Africa myself and I can tell you that it is a different ball game when there is pace, swing, and movement at the same time. I felt it was the perfect condition for Rahane to hold the fort.”

Apart from an impressive performance in South Africa, Ajinkya has scored 399 runs in 8 innings at 57.00 in Australia with 1 century and 2 half-centuries. He amassed 299 runs in 10 innings against England at Lord’s at 33.22 with a century and two half-centuries. This was in the same series when Virat couldn’t manage to bother the scorers much. And in New Zealand, Rahane has scored 162 runs in 3 innings at 54.00 with a century.

Amre concluded by the fact that Rahane has been pretty consistent on a foreign soil, he said, “This man has been scoring over the years on foreign soil and when one poor series sees him getting dropped, then it comes as a surprise because even against Australia in tough conditions, he not only did well but also led the team well in Kohli’s absence.” 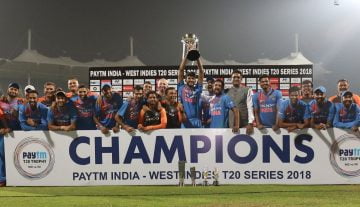