The young Indian protege Prithvi Shaw is eyeing to make a comeback and he is likely to play for Mumbai in the ongoing Syed Mushtaq Ali T20 Trophy. Shaw was handed a back-dated eight-month suspension by the Board of Control for Cricket in India (BCCI) on July 30 for “inadvertently” consuming a cough syrup that contained the prohibited substance terbutaline.

The incident took place during the last edition of the Syed Mushtaq Ali Trophy which happened earlier this year in February. During the suspension period, he had been practicing at the National Cricket Academy in Bengaluru. Shaw had a memorable start to his Test career as he smashed a century on his debut against West Indies last year but couldn’t keep the momentum going ahead after his tour to Australia was cut short due to injury.

On Saturday, Shaw shared a video of himself practicing in the nets on Twitter. Captioning the video, he wrote: “It will be Prithvi Shaw 2.0 going forward. Thank u for all the good wishes & support. Will be back in action soon”.

I turn 20 today. I assure it will be Prithvi Shaw 2.0 going forward. Thank u for all the good wishes & support. Will be back in action soon. #motivation #hardwork #believe pic.twitter.com/SIwIGxTZaJ

Shaw has played two Test matches for India. He impressed in his debut series against the West Indies, scoring a ton on debut in Rajkot and half-century in the second and final Test of the two-match series in Hyderabad.

ALSO READ: Wriddhiman Saha Reveals The Truth About His Injury

Milind Rege, former Mumbai captain and the current chairman of the ad-hoc selection committee, has said that Prithvi Shaw will be available for selection for the ongoing Syed Mushtaq Ali Trophy after the end of his suspension on November 15th. The Rege-led committee has announced Mumbai’s squad only for three games as Shreyas Iyer, Shivam Dube, and Shardul Thakur are unavailable for the selection for national duty. 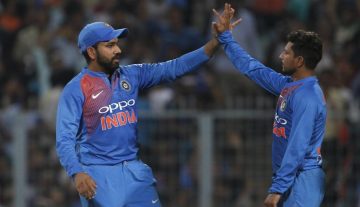