Coming in the defense of his young teammate Rishabh Pant, India stand-in captain Rohit Sharma has urged critics to cut some slack for the youngster and not judge him solely on the mistakes he has been making on the field. Be it shot selection or DRS calls, Pant has been immensely criticized in recent times, a schoolboy error resulting in a missed stumping of Bangladesh batsman Liton Das has kept him under scrutiny.

However, Rohit reckons that Pant should be allowed to be himself and not be the center of focus. Talking to the media persons ahead of the third India-Bangladesh T20I in Nagpur on Saturday, he said, “You know there is a lot of talk happening about Rishabh Pant every day, every minute. I just feel that he needs to be allowed to do what he wants to do on the field.”

He further added: “I would request everyone to keep their eyes away from Rishabh Pant for a while. He is a fearless cricketer and we (team management) want him to have that freedom. And if you guys take your eyes off him for some time, it will allow him to perform even better.”

While Pant has received some serious backing from the team management including chief of selectors MSK Prasad who has even called him the ‘first-choice’ wicketkeeper-batsman across formats. But in the recent three-match Test series against South Africa, the veteran wicket-keeper, Wriddhiman Saha was preferred over Pant.

However, in ODIs and T20Is, especially in the absence of the former Indian skipper, MS Dhoni, Pant has continued to hold onto his place in India squad.

Rohit further explained, “He (Pant) is a young guy, 22, trying to make his mark in international cricket. Every move he makes on the field, people start talking about him. It is not fair. I think we should allow him to play his cricket which actually he also wants to do. Focus on him a lot more when he is doing good things also, not just bad things. He has been learning, there have been times he has kept well also. He is trying to do what the team management wants him to do.” 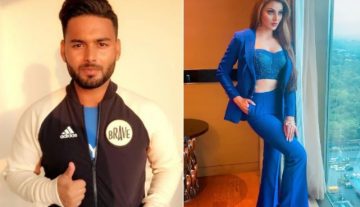